‘Dream, Wish & Believe’ 7 SEAS PRODUCTIONS produces a video and print campaign for The Disney Fairy Tale Weddings collection by Allure Bridals at the Hohenzollern Castle and in Lichtenstein Castle

Dress dreams come true with the official Disney Fairy Tale Weddings dress collection, inspired by your favorite Disney Princesses… ALLURE BRIDALS stands for romantic high-end bridal apparel. A particular highlight is the Disney Fairy Tale Weddings collection. The latest of which was realized with Gerd George behind the camera. 7SEAS ensured smooth production at locations fit for a fairy tale in Germany.

“The Disney story was a film & photo project with cameraman Gerd George and photographer Jovana Rikalo. The locations were Hohenzollern Castle and Lichtenstein Castle, both in Germany, which was new territory for 7SEAS. But since we couldn’t find anything in France and the team from Allure Bridals wanted very nice castles, we decided on Germany. It all came about shortly before the first global lockdown of last year. The film production was a wrap on 3 March, 2020, and borders closed everywhere on the 7th,” Chris from 7SEAS tells GoSee.

“Video production has become a crucial element of the production process for our clients. The content demands brands must fulfill across their multi-channel approach are on the rise, and on almost every campaign and editorial photo shoot we produce, there is now a film crew along to capture the magic. We understand the needs of our clients, and our video production services help facilitate the production process, including location scouting, sourcing local equipment, and anything else the crew may need. We have drones and paramotors to get the money shot. We have DOPs and videographers on the ground and at the ready. So for advertisements and all other video requirements you have, or to learn more about our film production services, get in touch with us today.”
23.06.2021 show complete article


Welcome to CASABLANCA Ski Club ! For the client CASABLANCA PARIS, 7 SEAS PRODUCTIONS produced on a glacier. It is located near Gstaad in the generally photogenic country of Switzerland. 7 SEAS tells GoSee : “In this case, it was a beautiful, relatively flat glacier which is excellent for photo and film shoots. We had a snowcat at our disposal all day and great support from the cable car operator. We also scouted other glaciers beforehand, including the glacier from Saas Fee in Switzerland, but this one here was just more photogenic. Switzerland is one of the few countries in Europe in which it is relatively easy to produce at the moment. The glacier near Chamonix, referred to as the Helbronner, on the Italian side of Mont Blanc, for example, was completely closed. But also the glaciers in Austria, France and the rest of Italy.” 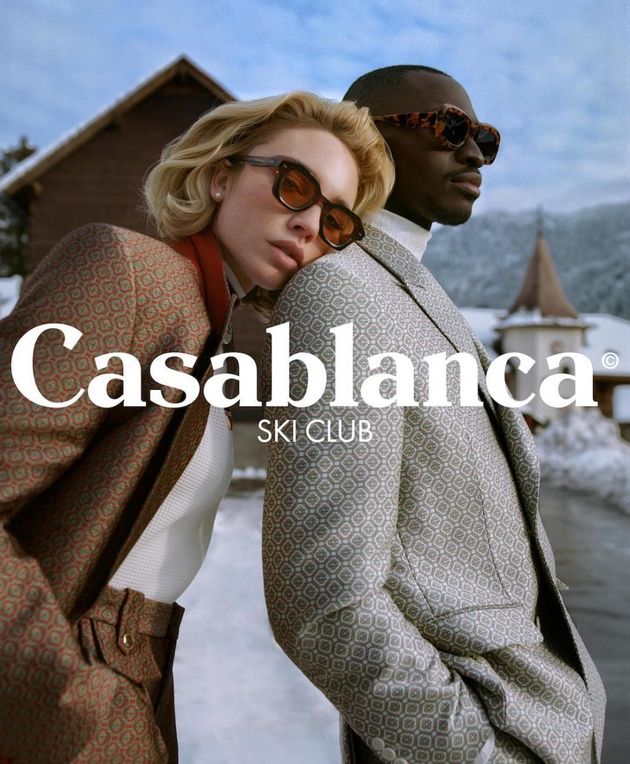 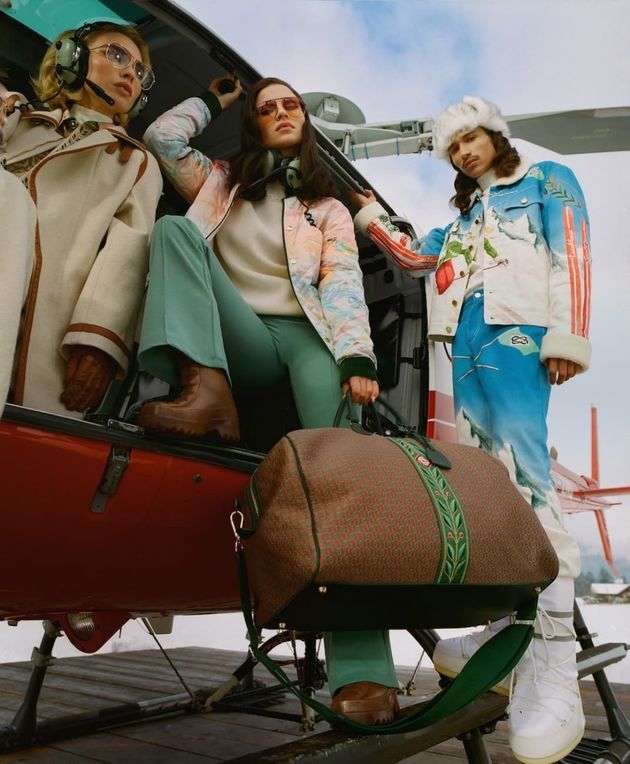 7 SEAS PRODUCTIONS team up with Director Gerd George to realize AUDI e-tron films against a magnificent Alpine backdrop in Chamonix, the magical triangle between France, Italy and Switzerland

Chris Bengsch and his team from 7SEAS and 7MOUNTAINS PRODUCTIONS joined forces with photographer and director Gerd George c/o Kai Tietz to stage the brand-new AUDI e-tron against a magnificent Alpine backdrop in Chamonix. The Audi e-tron project was a self-financed job, realized with volunteers from the production cosmos. And the result is a must-see. It was all produced from Chamonix, but the team was also on the road in Italy and Switzerland.

Chamonix (France) is located in a region where three countries meet. It is connected with Italy by the Mont Blanc Tunnel, and Switzerland is just beyond the Montet Pass. Each are within a half-hour distance. The fully electric feature of the car has opened a lot of location doors, such as a dam in the Swiss Alps or an avalanche tunnel in France.

“7SEAS / 7MOUNTAINS PRODUCTIONS has extensive experience in the details and requirements for shooting world-class car commercials, having worked with automotive heavyweights over the years including Volvo, Mercedes Benz, Volkswagen, Mini Cooper, and BMW. Their key locations for car clients are the Alps and South America, with a special nod to Patagonia because of its jaw-dropping landscapes.

The Alps too offer an endless array of paramount locations, and 7 Mountains recently shot their latest project for Audi’s impressive new e-tron model on the winding roads that interlink the triangle of Switzerland, Italy and France.

7 Mountains operates out of their Chamonix base, the epicenter of the region. 7 Mountains knows THE best locations throughout the Alps, including Upper Italy, Switzerland and France’s Savoie, Haute Savoie and Maritime Alps regions. Many glaciers are also accessible with 7 Mountains thanks to their diverse team of producers who are also ski instructors and mountain guides that understand the technical and logistical requirements of shooting for automotive clients.”
27.02.2021 show complete article