Claudio Pizarro is among the most successful strikers in Bundesliga history, and has just ended his career. The 41-year-old is the face of the new brand campaign for SKY GERMANY themed upon ‘The New Freedom’, which was photographed by PHILIPP RATHMER. Creative Director was Stephan Goldemund, Senior Manager Campaign Design at Sky, and it was produced by OKI.TV. Post was taken care of by blink imaging/Markus Dettweiler. The campaign was conceived and realized in-house by Sky Creative under the direction of Andreas Lechner.

Sky customers will benefit from numerous new features and subscription models from now on. Sky subscribers will be able to cancel their subscription monthly after a contractual period of one year. This is accompanied by an expanded entertainment package plus newly acquired or preserved sports licenses including Bundesliga soccer or Formula 1 racing.

“Sky is easy, it’s fun, and our customers now enjoy more freedom than they have ever before.” says Barbara Haase, Chief... 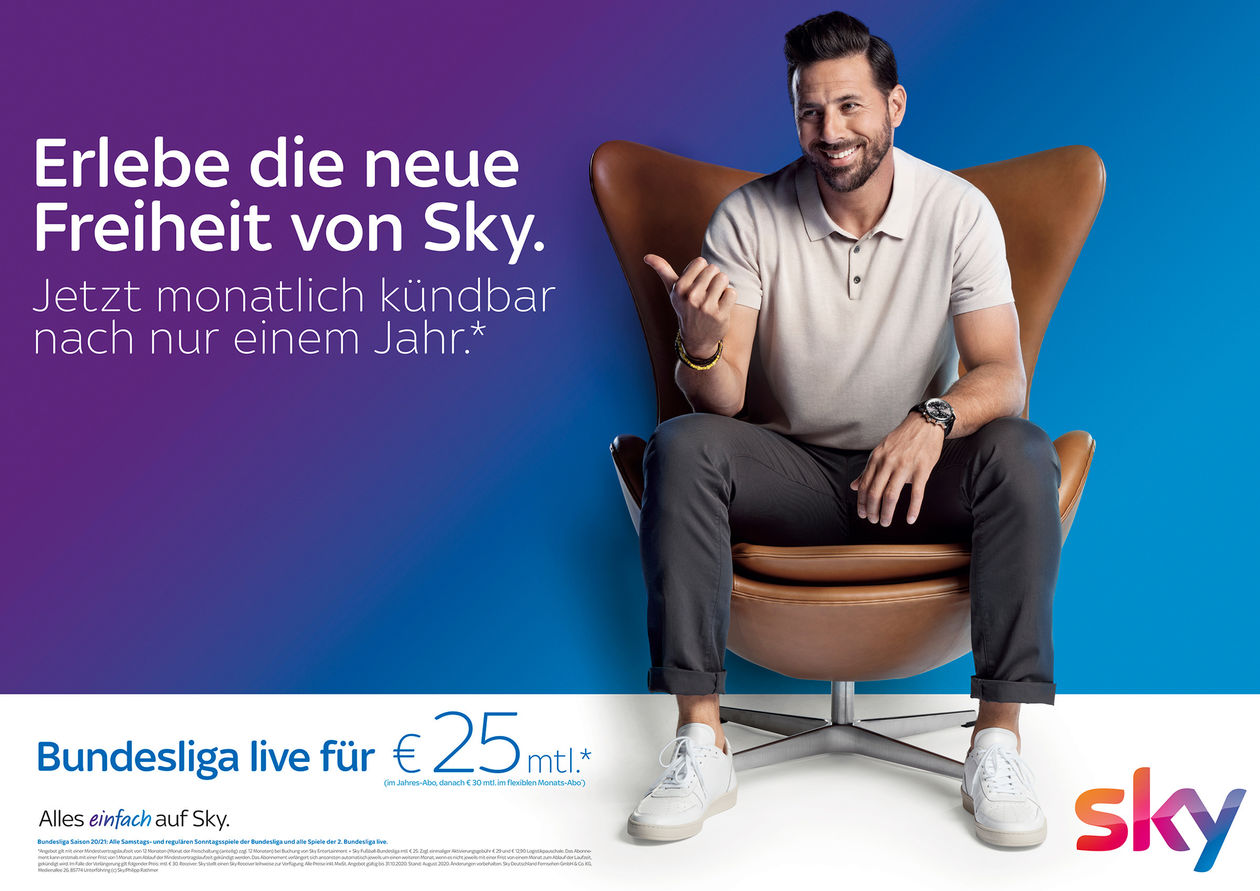 Wow, you LOVE our NEWS !
Go & See all news of Stephan Goldemund