featured by Torsten Klinkow : TORSTEN KLINKOW photographs the PORSCHE CLASSIC campaign with a selection of artifacts from the Porsche Museum in urban lifestyle settings

In Summer, Torsten KLINKOW received the offer to photograph, in some cases, very rare sports cars from the PORSCHE MUSEUM for KEKO and PORSCHE CLASSIC 15. Created together with Art Director David Beitler were multifaceted lifestyle motifs in thrilling locations, which were researched and scouted in a team effort by Angelika Synek, Sven Laabs and Torsten Klinkow.

“The brief was to present the cars in authentic surroundings with strong character models. What made it so challenging though was coordinating fifteen vehicles, locations and fourteen models. A big thank you for which goes to Sven Laabs, who was responsible for production, as well as to Porsche Classic.”

featured by Igor Panitz : Take it to the next level – transportation specialist IGOR PANITZ portrays parkour superstar Jason Paul in interaction with the new BMW 128

The photographer and director got celebrity support on board for his portrait of the BMW128 TI : parkour* athlete Jason Paul. Jason was born in Frankfurt and is now sponsored by Red Bull and GoPro. On RED BULL, we read about the 29-year-old : “Jason Paul is a genuine jack-of-all-trades, who has managed to take the world by storm with his passion – and he is far from stopping… his ever-fresh video projects are famous all over the world. From “Last Call for Mr. Paul”, which chalked up nearly 120 million clicks on YouTube, to his latest video clip “Running Reverse”, in which the native of Frankfurt skillfully turns back the hands of time.” This motion athlete is indeed the perfect match for the BMW which is built entirely for driving pleasure. GoSee : bmw.de

About – Jason Paul. I work as a professional athlete and influencer for select brands. I document my life on my YouTube channel. They’re called vlogs and are like a video diary. I occasionally give talks about my journey as an athlete, marketing yourself and making the most of social media. I run the brand FARANG with my friends. We do video productions and cut and sew clothing designs. It’s the most fun work I’ve ever done. I’m learning to speak Japanese and how to be strong and healthy long long long term … and I love ice cream.

At fourteen, I was a video game nerd living in Frankfurt, Germany, and stumbled across a parkour video online. I thought “Hold my keyboard, I can do this,” and my life was never the same. I started teaching myself and connected with others with the same enthusiasm for this still unknown sport. Five years later, I won the world championship, and since then, everything has been pretty surreal… GoSee : thejasonpaul.com

*Parkour, or freerunning, is the term which describes a type of movement, the goal of which is to get from point A to point B as efficiently as possible using only the skills of the human body. The freerunner makes his or her own way through the urban and natural landscape – in a different way to those prescribed by architecture and culture.
04.11.2020 show complete article

"Four days before the shoot began, the telephone rang and I was brought on board for production support by Grenke AG for the 2019 corporate image pool. It was photographed by Nils Hendrik Mueller in Berlin and Braunschweig on only one weekend. An incredible team surprised me with fabulous support, without which preparation in such a short time would have been impossible." ANGELIKA SYNEK, photo production company from Stuttgart lets us know.

Grenke AG is a German financial service provider based in Baden-Baden. The core business of the SDAX-listed joint-stock company is leasing products for office communication. Grenke is also active in the area of factoring and owns a bank license.

Photographer Nils Hendrik Mueller gets to the heart of it with his words: " …I cannot remember when so many people worked together so perfectly. Many thanks go to the client, the team, Isabel for the explicit encouragement to work freely and, above all, to Angelika and Thomas, who were as solid as rock and the guarantee for the well-being of the group." grenke.de 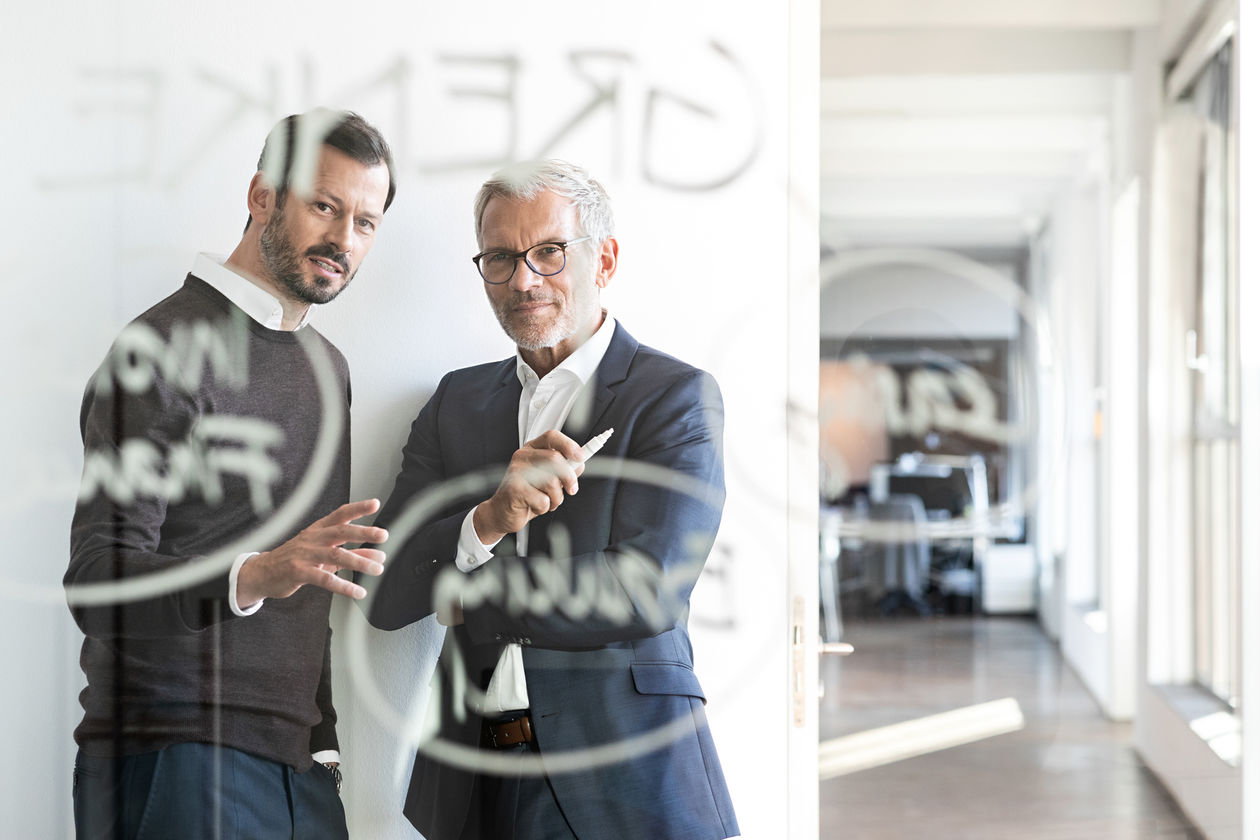