GoSee loves … INSEX – the first monograph by American photographer Alex Stoddard, appearing at Kerber Publishing and as an exhibition at Fahey/Klein in LA

INSEX is the debut monograph by American photographer Alex Stoddard (*1993), in which he explores the parallels between metamorphosis in the natural world and human coming-of-age processes.

“Through staged, highly stylized images, Stoddard invites viewers into a colorfully dark world of budding sexuality and crawling insects. The previously unreleased series of seventy images paints a surreal picture of adolescence in a glorious frenzy of buzzing hormones and sprouting wings. Each scene features a youthful subject – often Stoddard himself – in a state of change or paired with a many-legged counterpart. INSEX marks the artist’s first cohesive collection of work.”

Through the beginning of August, the series is still on display as an exhibition in the renowned Fahey/Klein Gallery in Los Angeles.

Alex Stoddard was raised in rural Georgia. Inspired by his surroundings and rural isolation, he began taking self-portraits as a teenager. Photography became a means of escape, allowing him to construct elaborate scenes and step into the role of different characters through costumes and posing. Stoddard’s work is highly influenced by art history in the digital age. He explores concepts of fantasy and surrealism within portraiture, as well as the human form and its connection to nature. He is entirely self-taught and relies on his eye and natural instinct when creating. His method of image making is characterized by simple compositions that frame more meaningful, universal themes. Stoddard’s work has appeared in numerous publications, including Universal Republic Records, Columbia Records, Art Week, Juxtapoz Magazine, Rangefinder Magazine, and Refinery 29.

The Fahey/Klein Gallery is devoted to the enhancement of the public’s appreciation of the medium of photography through the exhibition and sale of 20th century and contemporary fine art photography.

KERBER Publishing stands for award-winning photo books, exhibition catalogues as well as scientific and historical publications which demonstrate that photography is the foremost medium of our time.
03.08.2022 show complete article 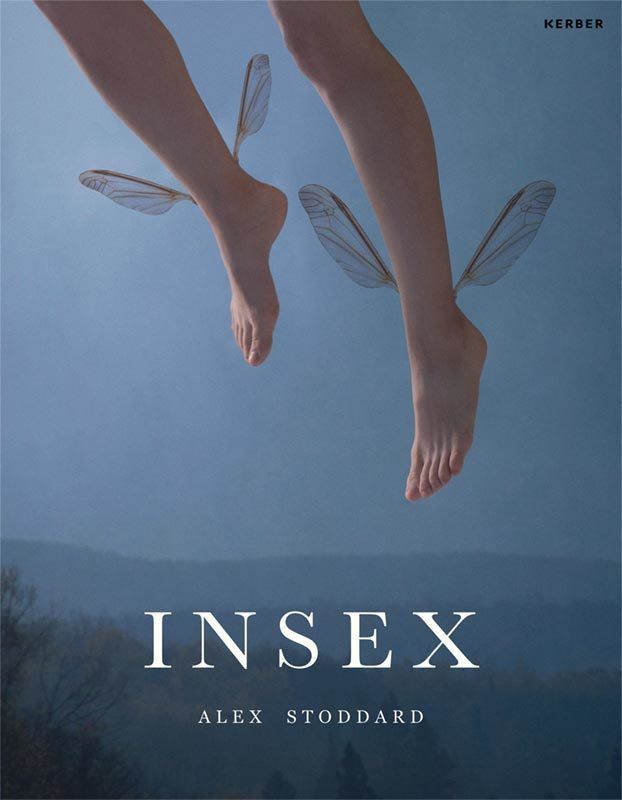 The Mauritshuis in The Hague is home to the best Dutch and Flemish paintings from the time of Rembrandt and Vermeer. Hanging in the city palace, which was built 400 years ago as the residence of the Prince of Nassau-Siegen, Johan Maurits, are famous paintings such as Vermeer’s Girl with a Pearl Earring, the Anatomy Lesson of Nicolaes Tulp by Rembrandt, and the Goldfinch by Fabritius.

Just like the painters who created the great masterpieces, the photographers are all Dutch or Flemish. The young artists studied each painting down to the smallest detail before making their choice. Iconic images and public favorites, and also lesser-known gems… all feature in FLASH | BACK.

The result of which are sixteen new masterpieces, one for each room in the Mauritshuis. They are currently on display there: hanging, standing or lying. “Once you’ve seen these new masters, you’ll never look at Rembrandt, Vermeer and Jan Steen in the same way again,” says the museum.

Martine Gosselink, Director of the Mauritshuis “This is how I’m boldly describing the photographs that will be on display in FLASH | BACK. There are some 350 to 500 years between the making of the paintings and the creation of these photographs. The exhibition – accompanied by a catalogue and multimedia tour – offers visitors a journey from then to now, from eternity to impermanence, from varnish and paint to high-res photographic material. The photographers allow us to take a fresh look through their lens.”

And continues : “The photographers were given complete artistic freedom to translate their inspiration into a photograph. Their work may be moving, raise questions, astound, but also generate discussion. The commission was not to produce a literal remake of an existing painting, but to tap into a deeper layer. Sometimes the work is a supplement to a painting. The photograph by Corbijn is a good example of this. In his work – Two African Men (after Rembrandt) – it seems as if he has transported the two men set down by Rembrandt to the present day. Vincent Mentzel’s photograph shows how the View of Delft, so brilliantly recorded by Vermeer, looks today. And Elspeth Diederix has produced a timeless version of a still life. But the link between Study of Two Brazilian Tortoises by Albert Eckhout and Kevin Osepa’s photograph of a newborn baby is less obvious. And there is also a thought-provoking story behind Morad Bouchakour’s tapestry and its link to The Fiddler by Adriaen van Ostade.”

Viviane Sassen : “My work was inspired by the painting ‘Mars and Venus surprised by Vulcan’ by Dutch painter Joachim Wtewael (1566-1638) The painting depicts the adultery of Venus and Mars. Venus’ husband Vulcan caught the couple in the act and is exposing the deceit to the gods who have gathered around. The painting was perceived as too obscene for quite some time and only revealed to the public in the 1980s.” And the museum tells us : “Sassen has always been fascinated with mythological stories. She wanted to carefully dissect this painting in order to discover the balance between Mars, Venus and Vulcanus. Viviane started cutting out photos from her own archives. The result? A collage of provocative bodies. With her work, she created a new, strong female image. A narrative that fits 2022, contrary to the submissive Venus.” 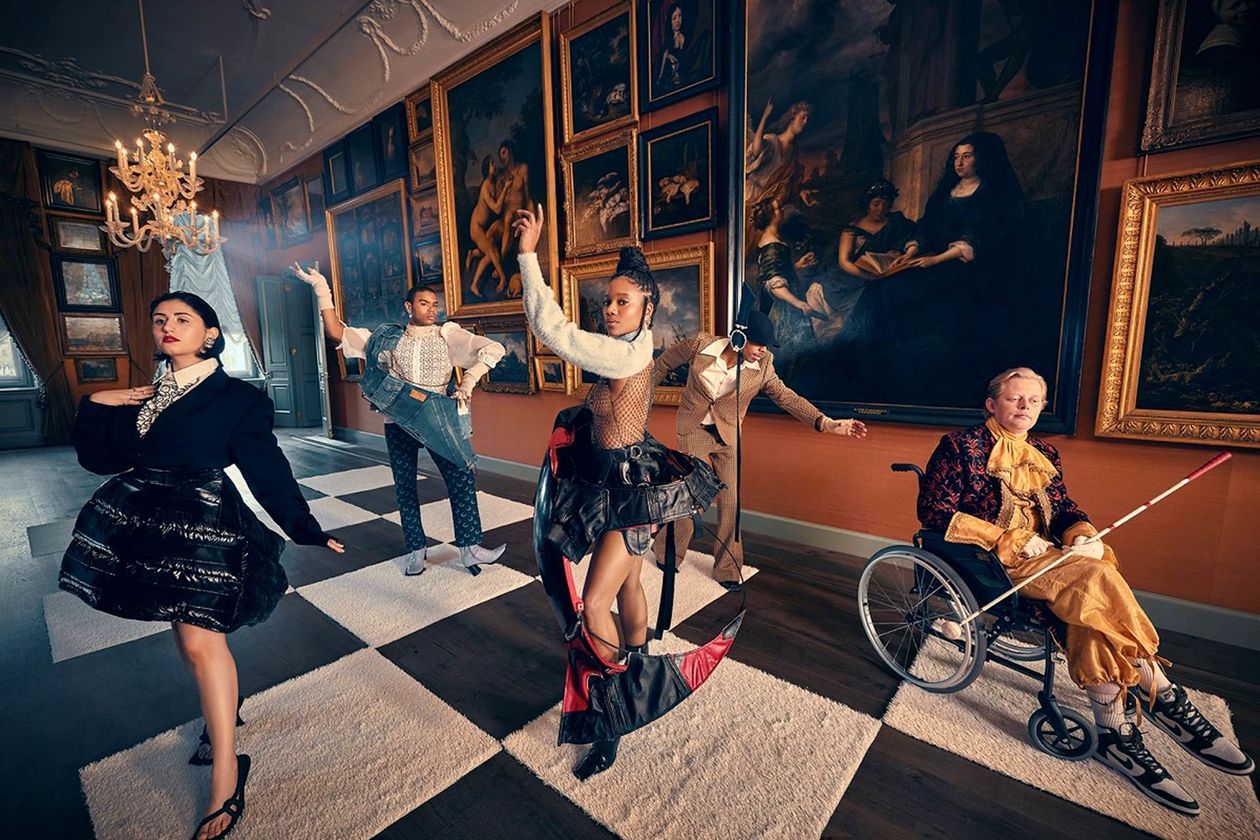 One of the UK’s leading restaurants, operated by an award-winning and highly celebrated British TV chef, has teamed up with a London-based international art consultancy and several acclaimed, domestically based artists to create a world-class art show within the spectacular settings of a legendary 5-star hotel.

Kerridge’s Bar & Grill, led by Michelin-star chef and noted innovator Tom Kerridge, has once again enlisted notable art gallerists West Contemporary (supported by Manifold Editions) to curate the exhibition ‘Voices in British Art: Second Edition’, housed within the resplendence of Embankment’s Corinthia London, widely considered one of the best hotels in the world.

Having become a respected destination in the capital for both art aficionados and culinary enthusiasts alike with the first installment of ‘Voices in British Art’ in July, 2020, Kerridge’s Bar & Grill extended its dining experience for patrons, while also making leading-exhibition level artwork accessible for guests. Works by Chris Ofili, Damien Hirst, Marc Quinn, Jonathan Yeo, Beth Cullen-Kerridge, and Harland Miller among others have adorned each wall in the restaurant for the past two years, regularly receiving praise by critics and the public.

Now, ‘Voices in British Art: Second Edition’ brings the mesmerizing names of globally established artistic royalty in Hirst and Quinn together with other highly established names in Gavin Turk and Fin DAC, and plays host to the continuing emergence of the likes of Alexander de Cadenet, Bradley Theodore, Carne Griffiths, Raul, and Boo Saville as leading lights in an eclectic offering of notable British or domestically based artists.

Tom Kerridge : “This stunning exhibition of British artists at our beautiful home in central London brings everything a top-level gallery show offers, all under one roof. Guests can enjoy a full and immersive dining experience at Kerridge’s Bar & Grill, surrounded by beautiful paintings, sculptures, and original artwork. Alongside many sacrifices and hardship, the pandemic, and particularly lockdowns – illustrated to everyone the importance of hospitality, be it pubs, restaurants, cafés or hotels.

Not only did we miss the ability to easily enjoy the quality dining experiences found in Britain, we also keenly felt the loss of social interaction, group celebrations, and the noise and energy of our favorite eateries. Moreover, we came to realize the importance of art – how it entertains and stimulates us during difficult periods, and the dividends of the creative output of all different types of artists.

‘Voices in British Art: Second Edition’ celebrates and embraces both art and dining. During restrictions, I spoke on the importance of the recovery period for the hospitality sector, and this is part of our way of giving even further reason for the public to take the time to come and enjoy a meal or drink with friends and loved ones. They’ve earned it, and we believe we have created something very special, timely and needed as we all begin to move forward together and enjoy those moments and memories we’ve been craving during such a difficult period… while guests enjoy brilliant art, food and service all in one place.” 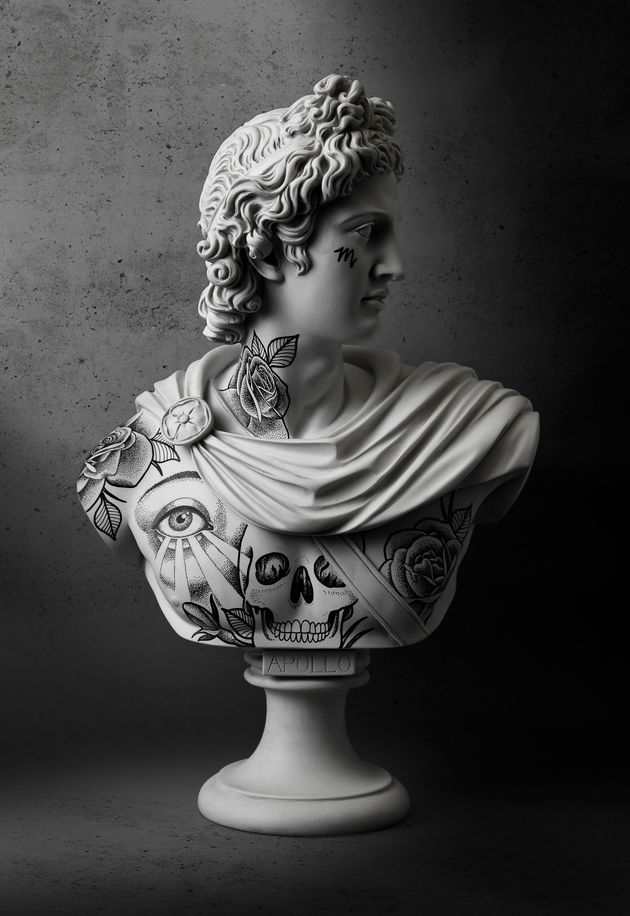 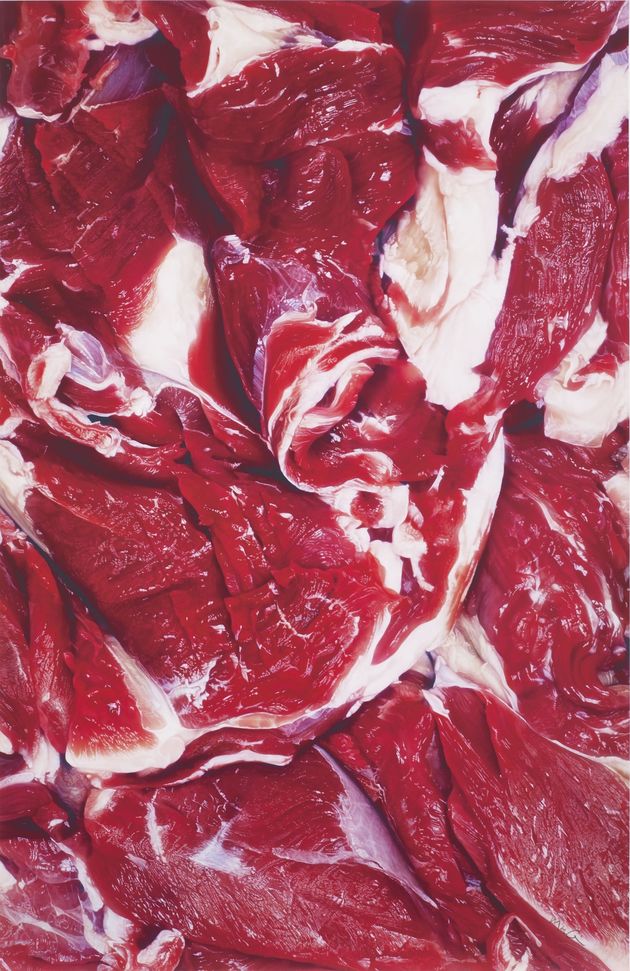