Sofitel Frankfurt Opera has been transformed into an art gallery and presents impressive photographs by fashion and fine art photographer TIM PETERSEN. From 24 January through 24 July, 2023, visitors and guests of the five-star superior hotel on Opernplatz are invited to see the exhibition in the hotel lobby.

The Couture Transfer Polaroids series of staged designs by fashion icons the likes of Yves Saint Laurent, Valentino and Jean Paul Gaultier at the end of the 1990s are a collection of strictly limited photos. The production method is elaborate, complicated, and due to the size of the Polaroids, also quite expensive. Which is why the photographer only took a few photos of each outfit, and has thus not only depicted fashion history, but also made photography history thanks to the production technique and limited edition of the images.

Tim tells GoSee: “Polaroid Transfer is a highly complicated photographic method. A few seconds after I took the picture, I tore the positive and negative with the color emulsion apart and transferred the positive image to a sheet of watercolor paper by rolling the pigments onto it while they were not completely developed. I used this technique because of the beautiful painterly effect. Although, it was highly unpredictable. Only one out of four attempts worked.

To blow up the photos as large as I could, I used an 8 x 10 large-format camera, which was even historic at the time – with extended bellows, an upside-down focusing screen and black cloth that had to be pulled over the photographer’s head.

The amount of time it took was enormous and demanded extraordinary patience from the entire team, especially the models, who sometimes had to stand still for hours until we finally got the perfect shot. Each picture is unique. And that’s precisely the reason why I decided to use this technique for couture shoots back then. I wanted the images to be as unique as the outfits. After all, according to haute couture tradition too, only one unique piece is elaborately handcrafted by the designer. Haute couture is produced exclusively in Paris and must be photographed there as well because the clothes are far too valuable to be shipped. During Couture Fashion Week, selected magazines are given the opportunity to photograph the pieces. Since the most beautiful and interesting outfits were often reserved for Italian or French VOGUE, we worked for French ICON at night. This gave us access to priceless gems of fashion history. Pieces such as Jean Paul Gaultier’s famous chainmail shirt, Givenchy’s tulle skirt, the feather coat by Christian Lacroix or some of the first designs by Elie Saab, who would go on to become a star.

Today, fewer and fewer fashion houses afford an expensive haute couture division, and 8 x 10 inch Polaroids were discontinued in 2008. These photos have therefore become a part of both photography and fashion history.

The exhibited originals are reserved for collections and museums and can be requested accordingly. An exclusive and strictly limited edition (7 each) of fine art prints (enlarged) is available for purchase. The exhibition is on display from 24 January through 24 July, 2023, in Frankfurt.

Born and raised in Germany, Tim Petersen learned about photography in the studio of his father, who was part of the young, emerging German fashion photography scene of the 1960s and 1970s. In 1994, Petersen moved to New York City where he became deeply involved in the underground fashion magazine industry of the 1990s. Since then, Tim Petersen has photographed for numerous renowned fashion magazines such as Vogue, Vanity Fair or designer brands such as Bottega Veneta and Tiffany’s. Even throughout this commercial work, he has unequivocally used photography as an art form – long before major fashion labels began to employ art photographers for their campaigns. Which has ultimately made him part of the movement. He still lives in his adopted home of New York. Since 2022, his work has been part of the prestigious Kelterborn Collection. 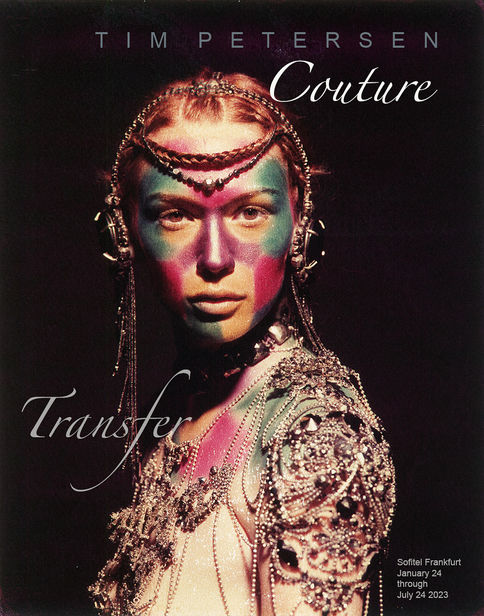 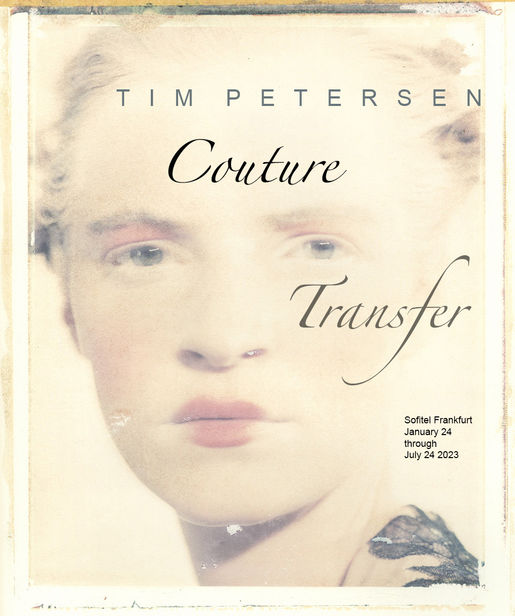 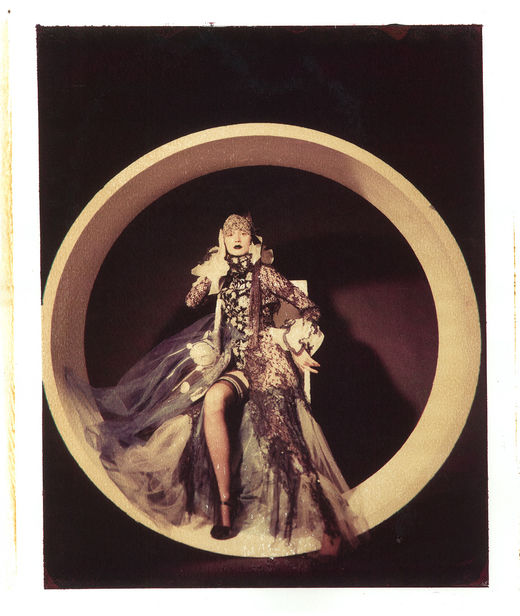 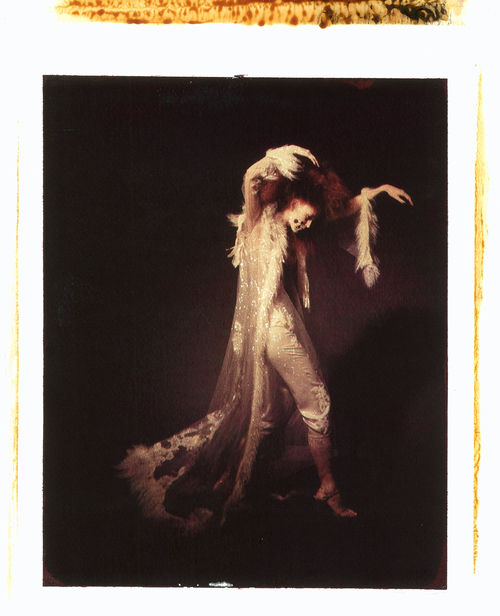 ‘Homininae Helvetica’ was created on commission of Studio Thom Pfister and Burgerliche Ersparniskasse (BEK) for the 700th anniversary of the guild society ‘zum Affen’. The elaborate photo montage unites the themes of Bern, the stonemason handicraft and monkeys. Idea, concept, photography, and retouching/compositing all came from TERENCE DU FRESNE.

The guild society ‘zum Affen’ is one of the thirteen ancient craftsman societies and guilds (guild society of stonemasons and engravers) in the city of Bern and a corporation under public law guaranteed by the constitution of the canton of Bern. The guildhall is located on Kramgasse 5 in Bern’s old town district and can be immediately recognized by the red monkey on the facade. The guild society ‘zum Affen’ is mentioned in historical sources for the first time as a fraternity of stonemasons in the year 1321 and is therefore one of the oldest guild societies of the city of Bern and in Switzerland.

“Artists, gifted as they are in the art of imitation, were already referred to as the ‘monkeys of God’ during the times of early Christianity. The guild society was presumably given the name ‘zum Affen’ because the guildhall, acquired by the guild in 1389, was named ‘Haus zum Affen’. For the ‘monkeys of God’ who dedicated their lives to stonemasonry, it had always been ‘der Aff’, or ‘the monkey’, from the very beginning, because in the language of stonemasons, the ‘monkey’ is the rough, unhewn ashlar fresh from the quarry. What can be magically crafted from the massive ashlar by stonemasons can be admired on the beautiful buildings in the old town of Bern and particularly in the cathedral.” says the guild ‘zum Affen’.

To honor the founders of 1820, the Burgerliche Ersparniskasse Bern regularly engages with the guilds through various projects. For example, the 700th anniversary of the guild society ‘zum Affen’ was taken as an opportunity to invite Bernese artists to explore the theme of the monkey and Bern in their works. The concept of inviting artists and the motto ‘The Monkeys of Bern’ came from the agency Studio Thom Pfister.

An exhibition took place last year in Kornhausforum Bern. The works of the eighteen artists are published on the website of the digital annual report 2021. The art magazine can be purchased at the counter of the Burgerliche Ersparniskasse Bern. 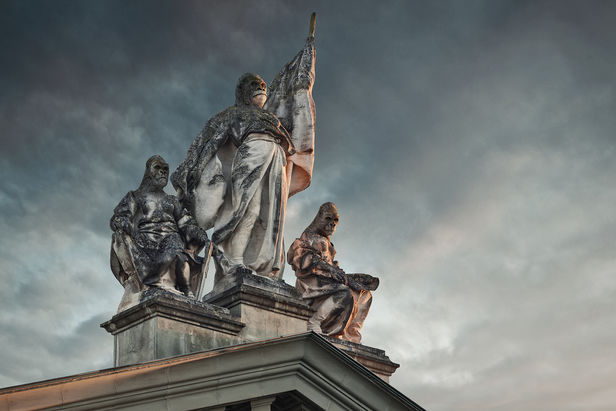 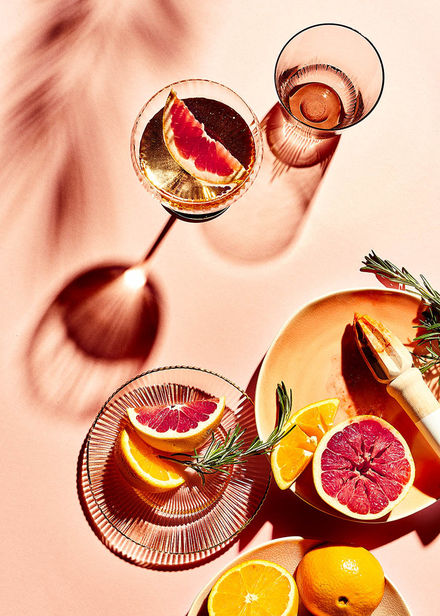 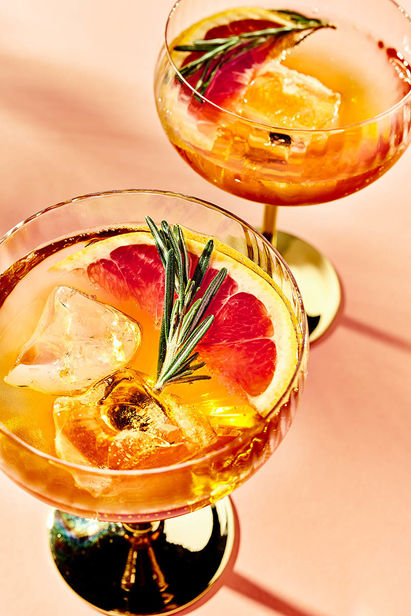 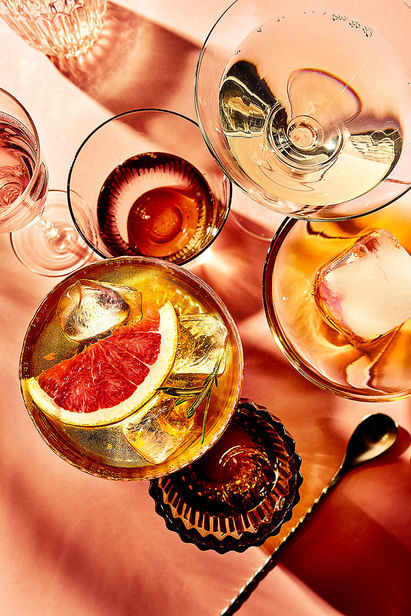 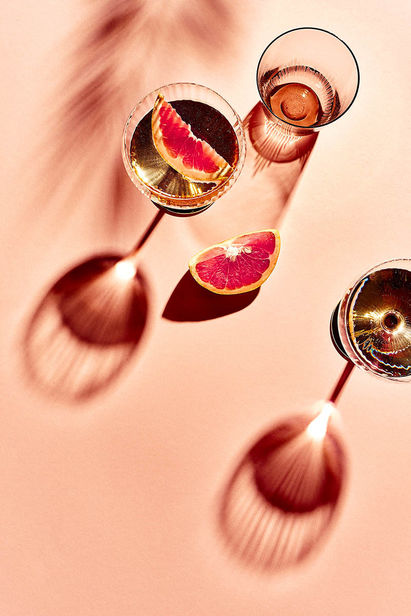