featured by Jan Steinhilber : Off road in the rain - photographer JAN STEINHILBER presents you his personal project with the Mercedes G 55 AMG on GoSee.NEWS

Photographer JAN STEINHILBER impressively demonstrates with his series that the sun does not necessarily have to shine on good photos – particularly when we’re talking about a genuine off-road classic. In this case about the G-Class from Mercedes-Benz, here with the G 55 AMG driven by model Kate. She was styled by Hendrik SCHAULIN, and hair & make-up came from Rebecca J. HERRMANN, both artists c/o LIGANORD.

The G-Class (G is the first letter of the German word for off-road vehicle) is a model series built by Mercedes-Benz since 1979. It was developed in cooperation with the Austrian company Steyr-Daimler-Puch AG and is manufactured in Graz. The requirements for the all-terrain vehicle were first and foremost its off-road capabilities under even the toughest conditions, as well as traction and durability.

Mercedes-Benz on the G-Class : “Many years ago, engineers in Graz developed a totally new type of DNA. The DNA of an off-road vehicle – iconic, robust and virtually indestructible. They designed parts which continue to perform the very same functions to this day. Components which have shaped its highly distinct character over generations.”

After almost forty years, Chairman of Daimler AG’s Board of Management at the time, Dieter Zetsche, presented an entirely redeveloped G-Class together with Arnold Schwarzenegger for the first time at the Michigan Theater during the North American International Auto Show in January 2018.
05.07.2021 show complete article

Pascal SCHONLAU c/o EMEIS DEUBEL explores the visual-tactile properties of materials with ‘Prometheus’, whose origins are somewhere between reality and imagination.

“The Prometheus project explores the visual-tactile attributes of materials that have their origin somewhere between reality and imagination. The meditative infinite loop was created using a combination of filmed movements for the character and virtual architecture featuring a floating cloud of rocks. Using depth of field and grain as photographic elements, we were aiming to create a highly atmospheric experience. The talent was filmed in front of a green screen and according to a light atmosphere representing the final scene. Timing and synchronizing the movement of both talent and material were an essential part in order to loop the video. Schumann resonances from the electromagnetic waves of the Earth were used as a reference for the deep, vibrating soundscape.”

2.69 meters more thought-through and with up to a 159 km range. Enough for all destinations in the city and surrounding area … “It’s done – the series is complete and ready for your eyes.” photographer FELIX EISENMEIER tells us about his personal transportation work entitled ‘SILVER’ with the Smart EQ fortwo as the connecting link. “A burst of colors, and in between, the all silver Smart EQ fortwo – THE car for the city, for singles, for couples, for everyone to enjoy everything but noisy and polluting cars. Again, a very big thank you to everyone involved from beginning to the end!” Styling by Jenny GOLD, hair & make-up by Nadine THOMA, both artists c/o NINA KLEIN AGENCY.
26.09.2020 show complete article 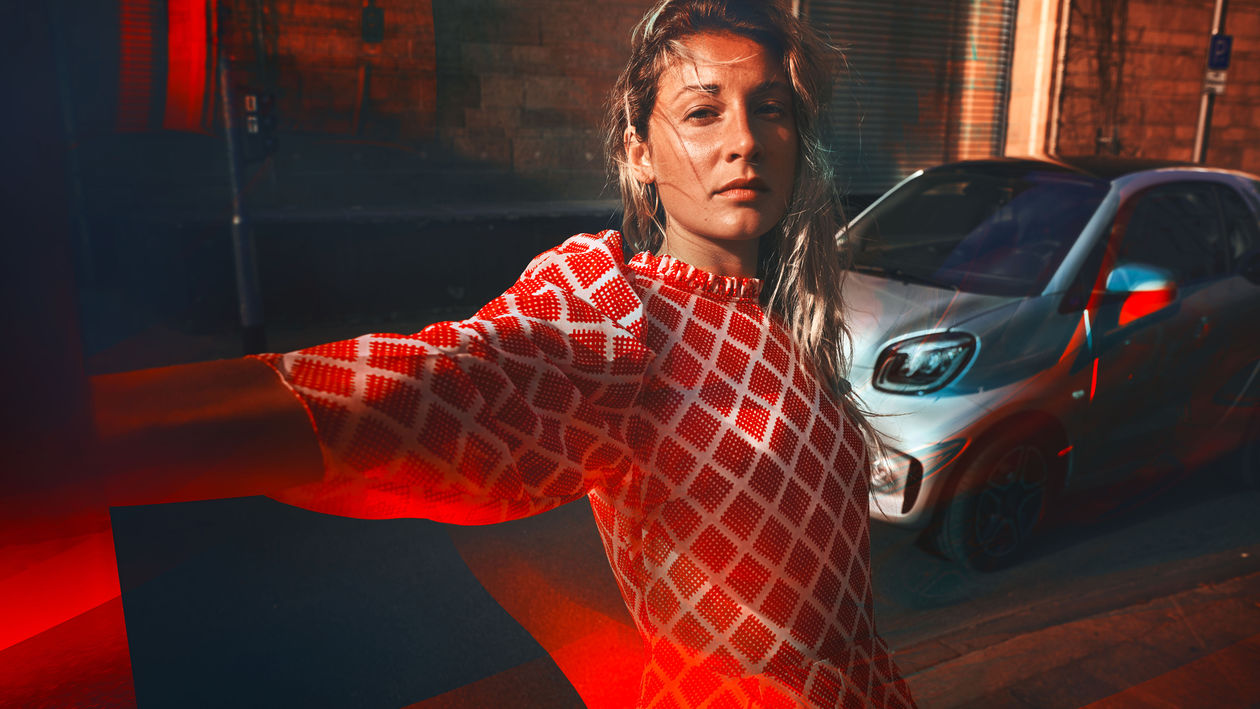