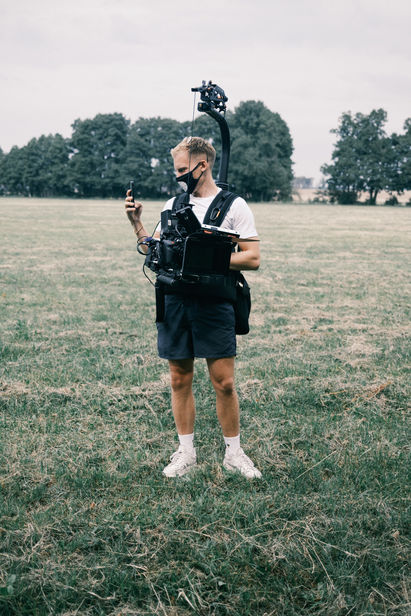 At the end of last year, OFFENBLENDE shot a social media film around Lake Wannsee and in the metropolitan Berlin area for PORSCHE TAYCAN – the flagship electric model of the carmaker. Client of the production was the Porsche Center in Berlin.

In the early hours of the morning, the team from Offenblende started a long day of shooting on the Glienicke Bridge between Potsdam and Berlin. In front of the camera stood Patricia Silva from Faze Models and Fabian Wäldele from Splendide Models. Laure Tinette – stylist from the agency Offenblende – was responsible for hair & make-up. Behind the camera and responsible for visual aesthetics was Director of Photography Bastian Kempf.

Offenblende Motion Designer and 3D artist Dennis Fassbaender created the elaborate looks for the effects and the animations during the driving scenes. The design of the virtual mask came from artist Anastasia Pilepchuk. It was all conceived and directed by Daniel Lathwesen. Berlin-based fashion designer Marcel...

Wow, you LOVE our NEWS !
Go & See all news of Bastian Kempf