From 0 to 300. The first production following the first lockdown was photographed and filmed by DANIEL HARTZ for LAMBORGHINI. The new Huracán Evo RWD Coupé in the special paint job Blu Aegeus was ready and waiting right on time for the shoot at the workshop in Sant’Agata Bolognese. Pioneering aerodynamic achievements meld with iconic Lamborghini design in the lines and contours of the Huracán EVO RWD, inspired by the head of a shark.

The photos were shot in one of the perhaps most spectacular locations in an underground parking lot this world has to offer. The most beautiful Alpine passes in Italy and Austria were scouted for the film – places in which the car could prove its pure performance on the asphalt. 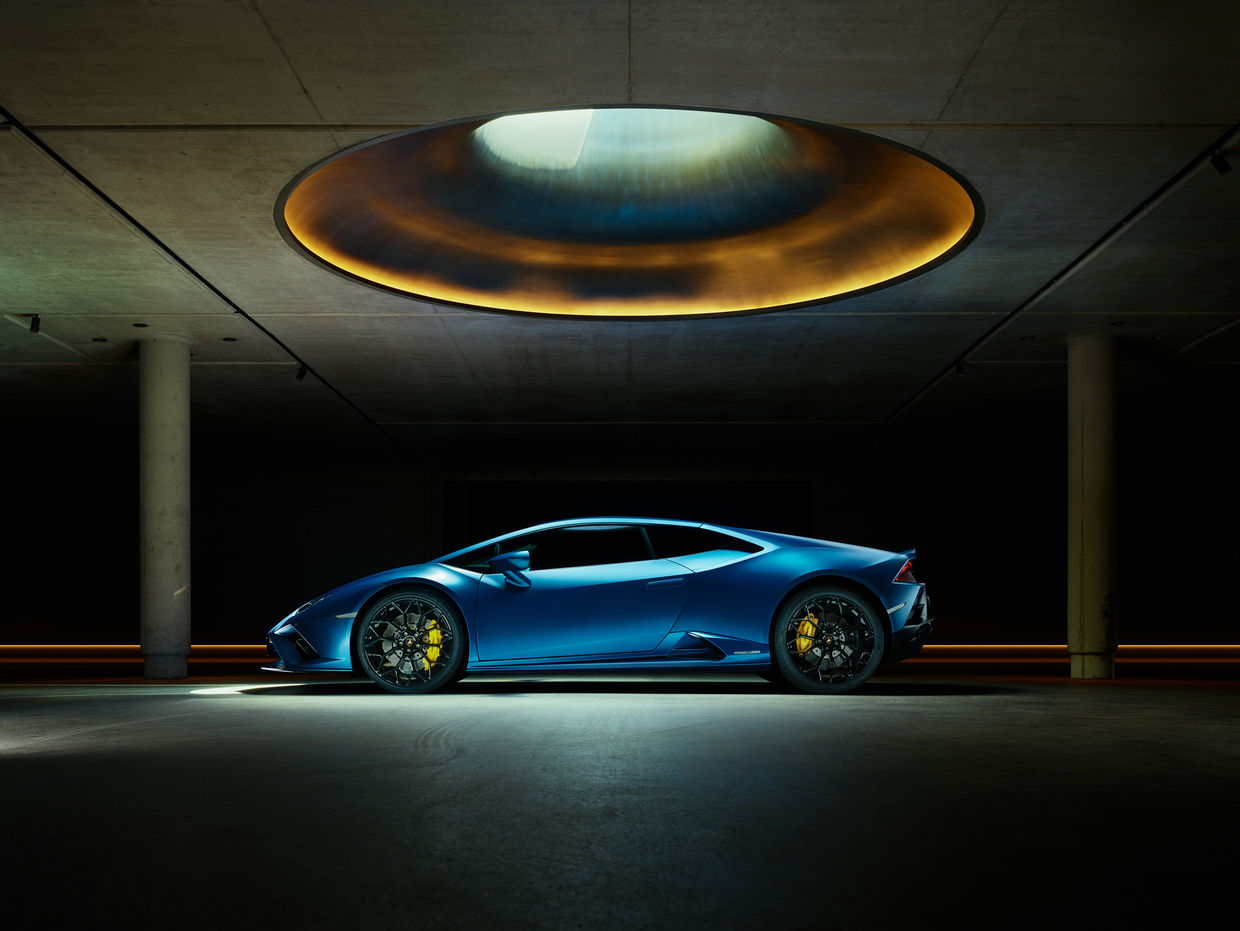 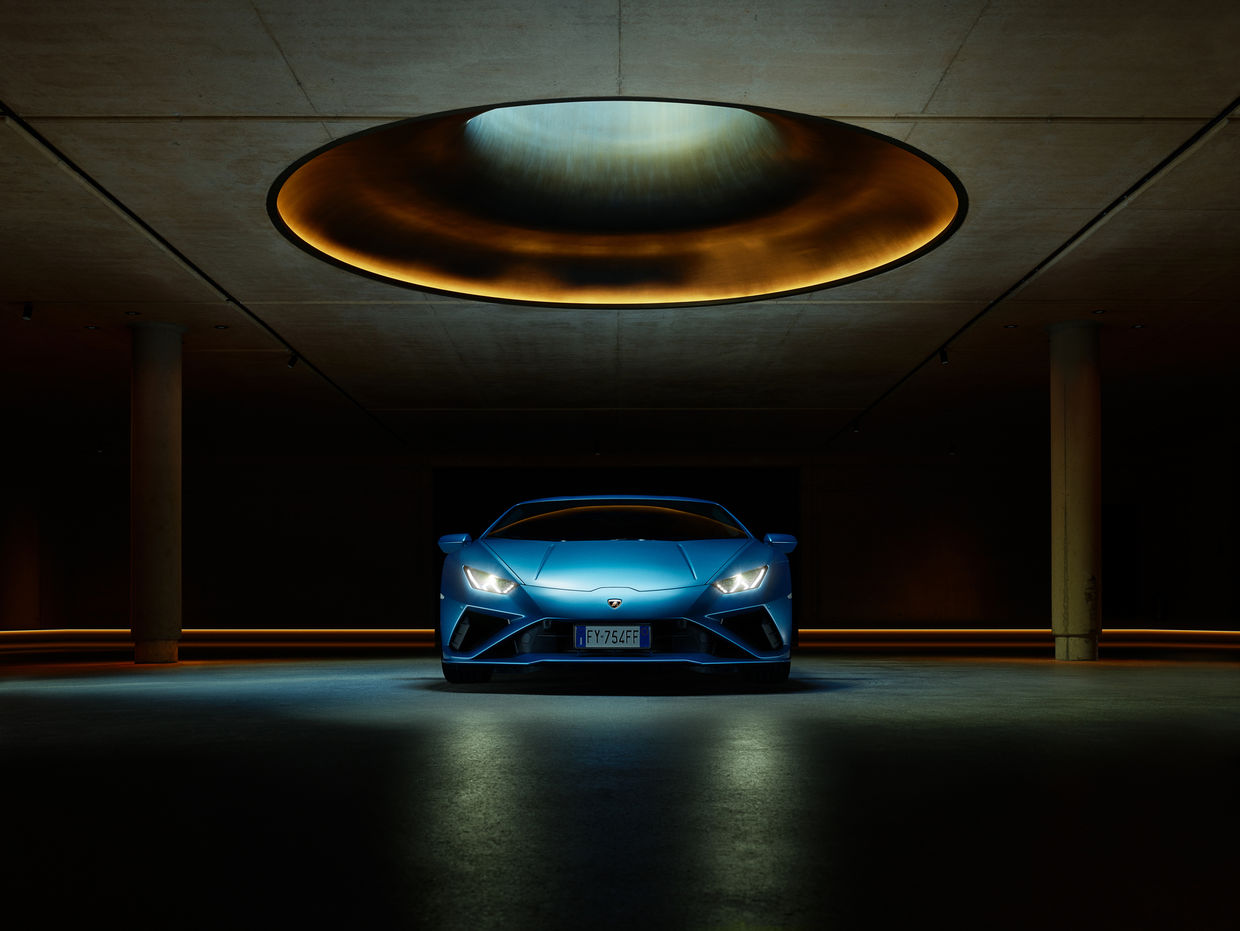 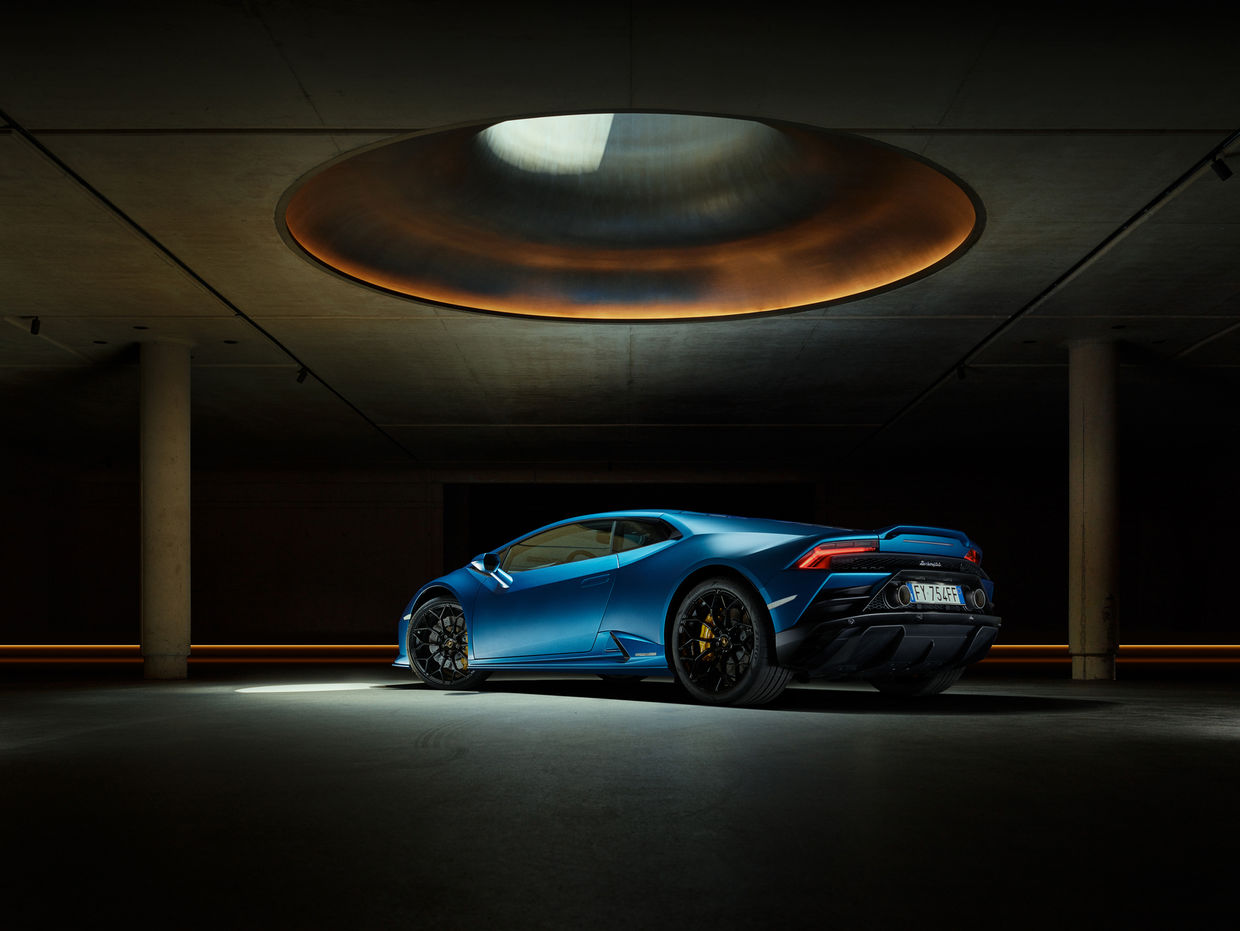 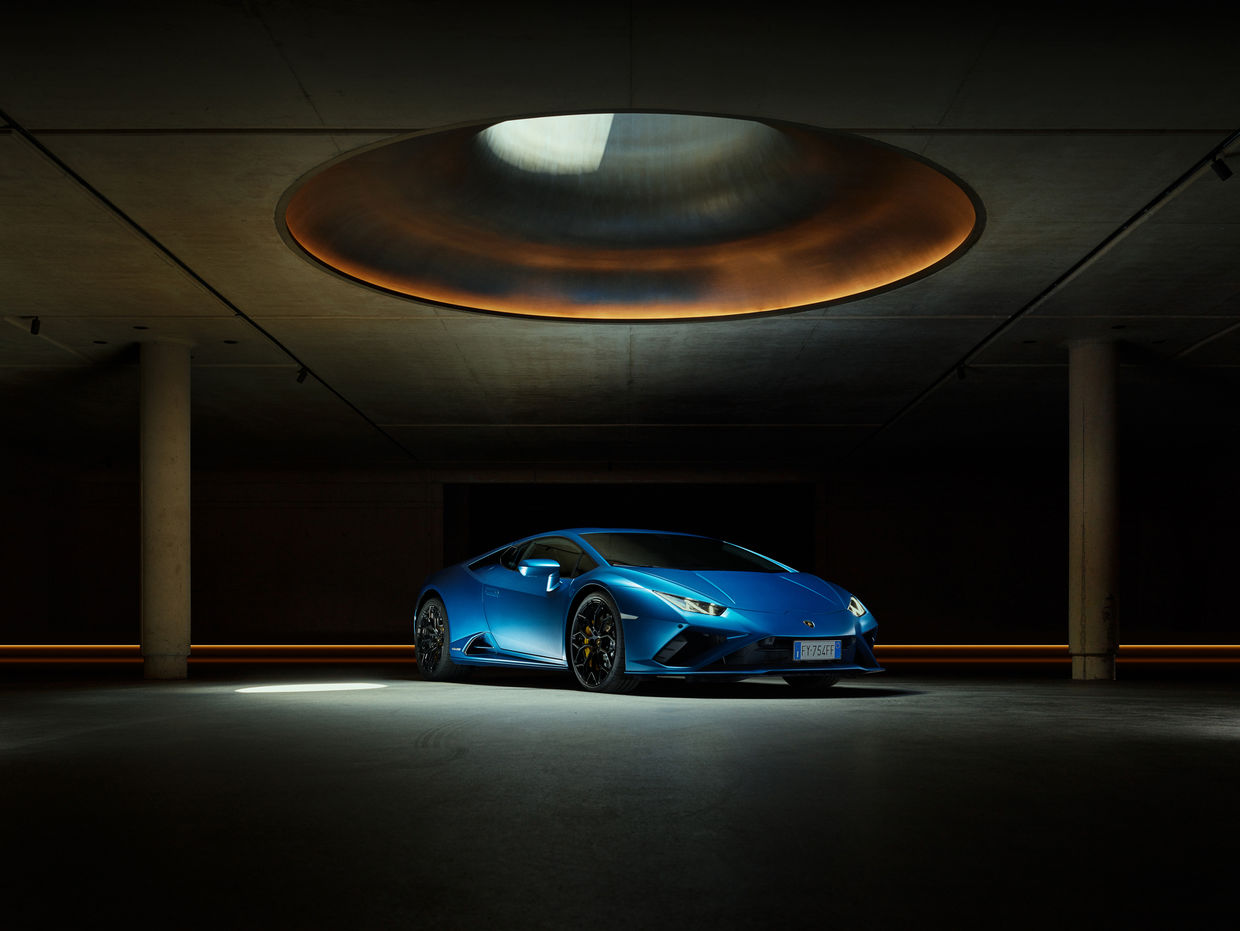 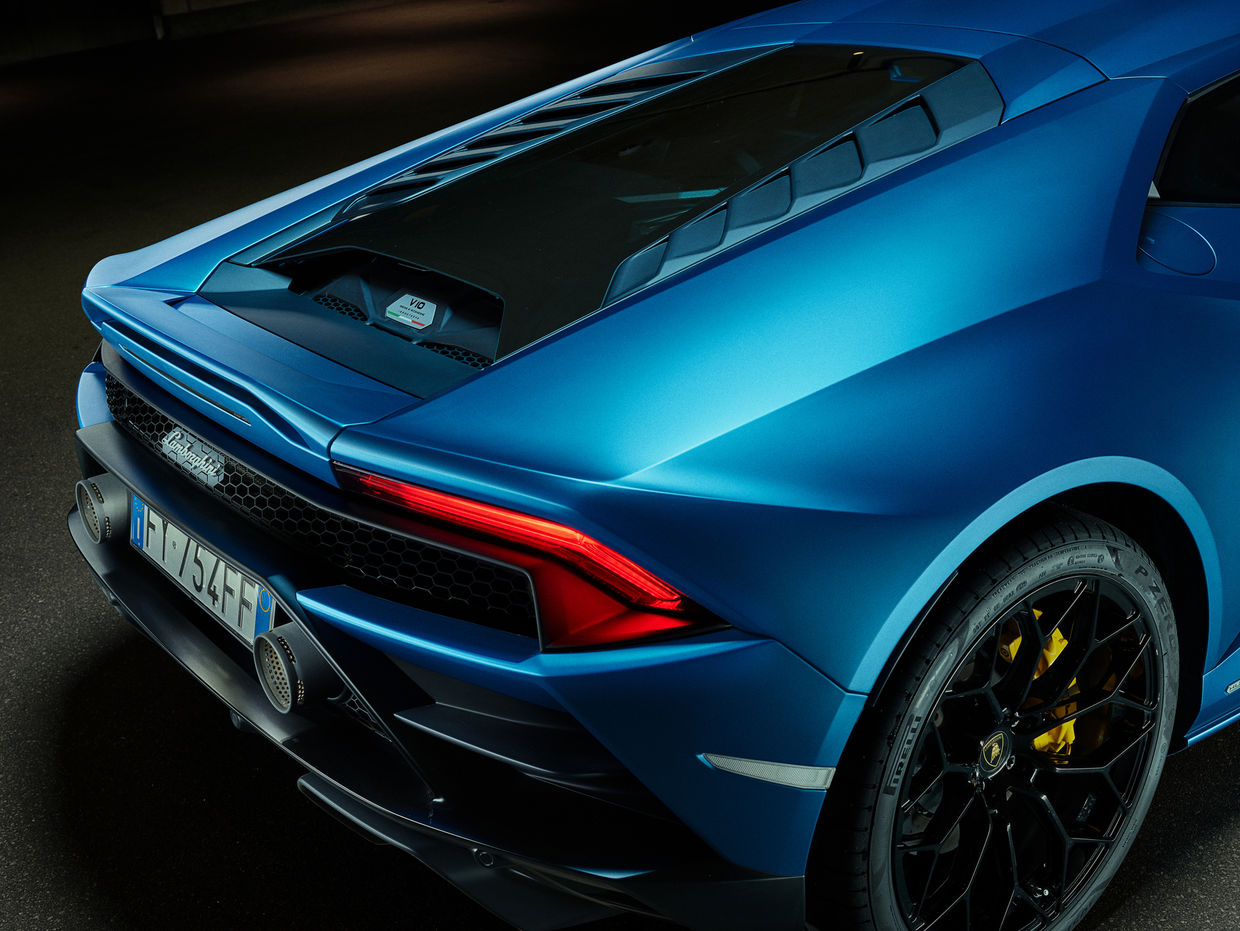 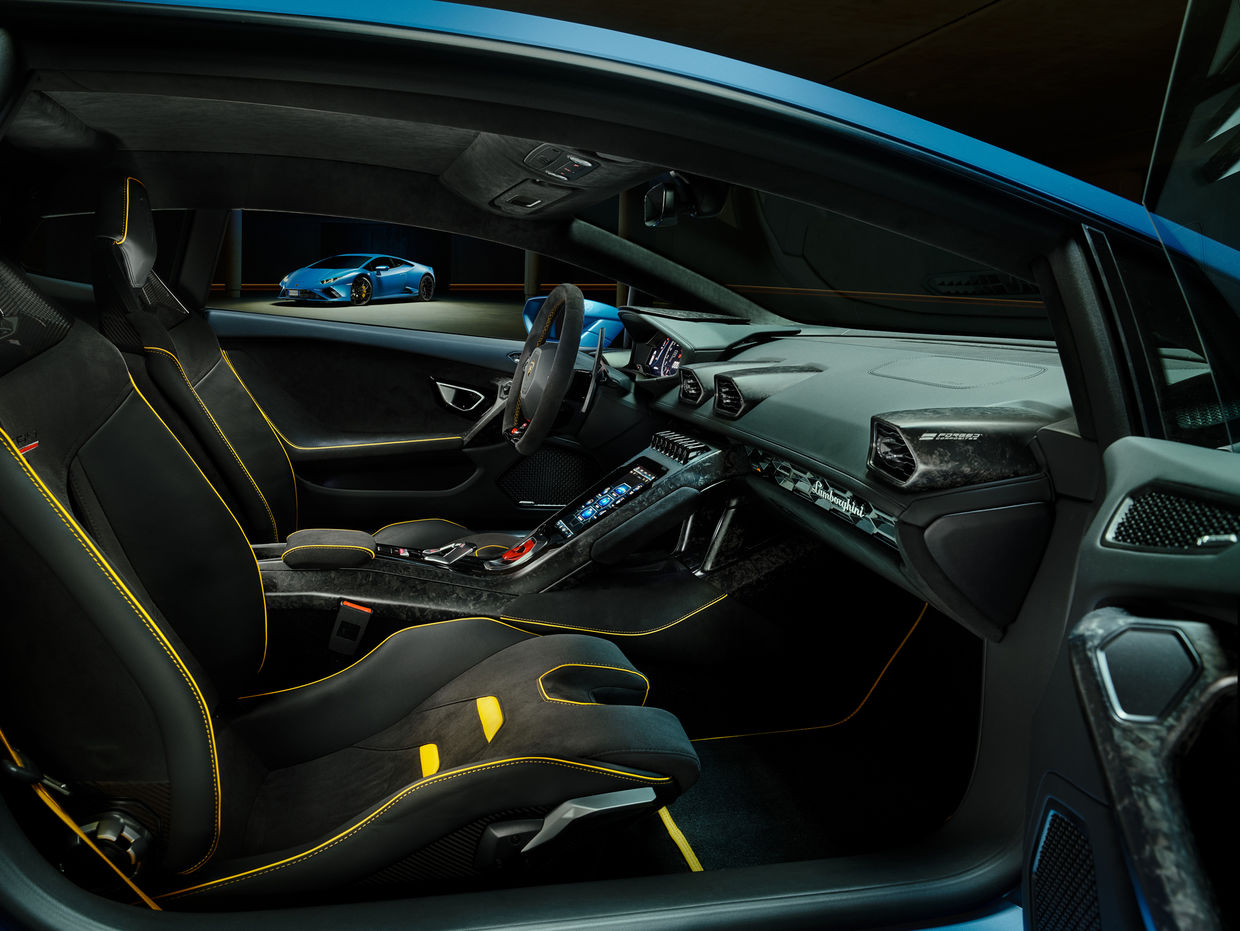 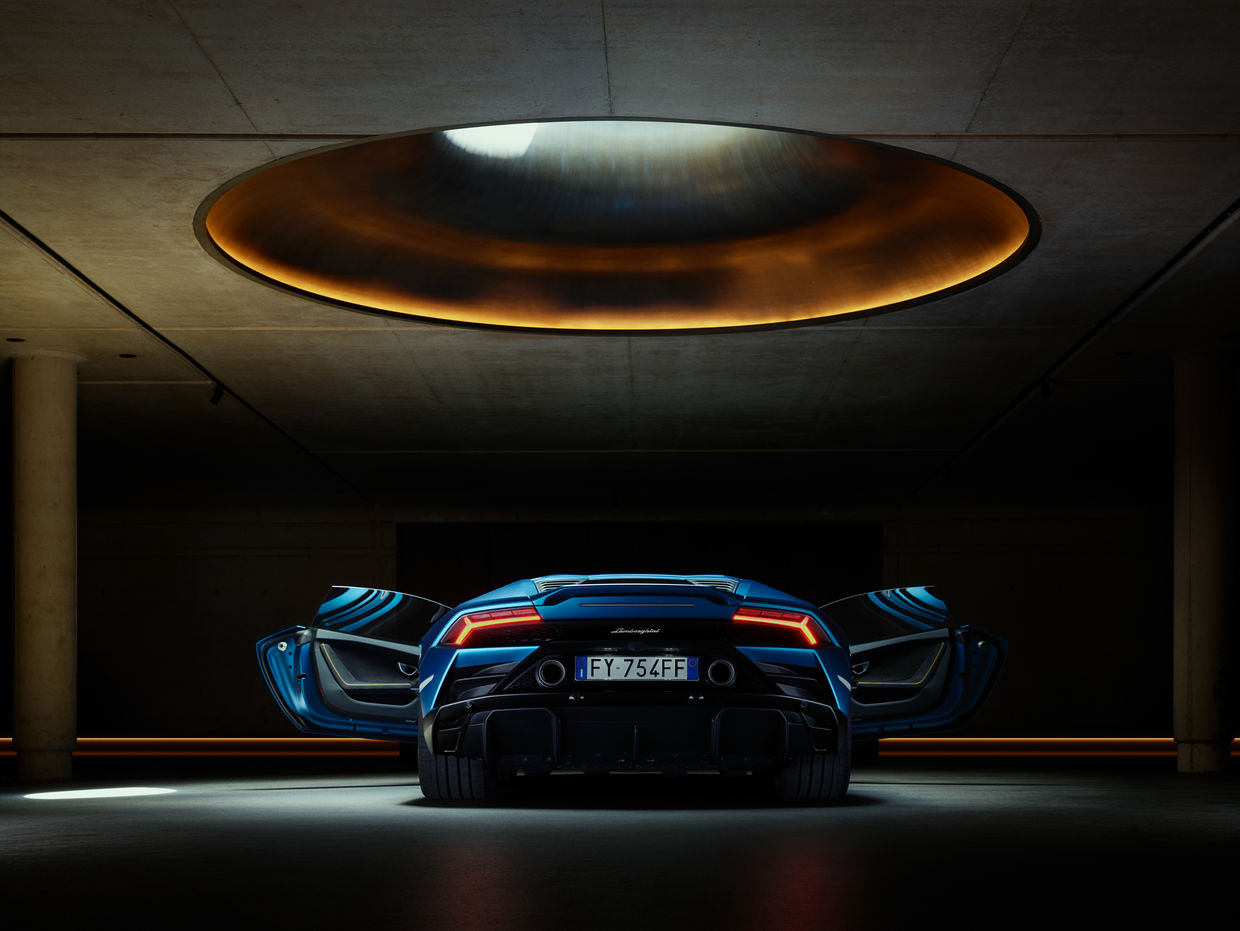 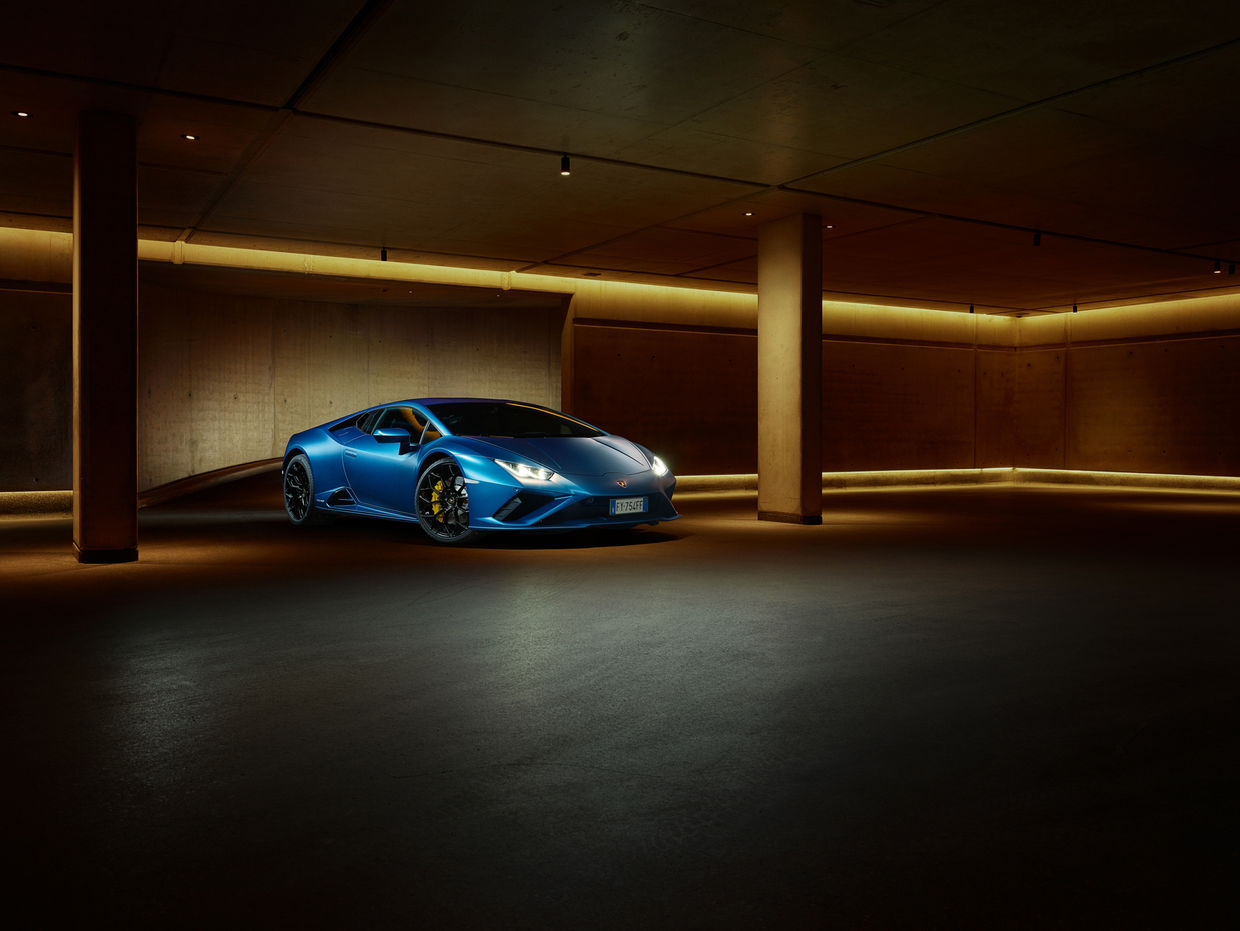