We are delighted to welcome DISCO CREATIVES at GoSee. The agency from Cape Town with Managing Director Nina Petersen represents artists in the areas of photography, creative direction, cinematography, multi-disciplinary work, styling and hair & make-up. Plus, DISCO CREATIVE has an excellent network and supports productions on location in Cape Town and throughout South Africa. In the affiliated studio DISCO CASTING, directors are responsible for putting together the perfect casts for photo and film productions for clients such as TOYOTA, NEW BALANCE, RAY BAN, ZALANDO, APPLE or HERMES.

With stylist Peter GEORGIADES on board, DISCO CREATIVES represents an artist who is equally thrilling and dynamic. Following his education in Art Direction and Graphic Design, he assisted Patti Wilson, Editor-at-Large of VOGUE ITALIA, during his five-month stay in New York and worked with Lady Gaga, Daphne Guinness and Steven Klein for the 99th issue of V MAGS as well as with Susanne Bartsch for VOGUE ITALIA.

We quote the PR text for the collection : “An empty universe is a lonely place – even for a god. In a continuation of his explorations of the origins of Bumba, the vomiting creation god of Congo’s Bushongo mythology, Rich Mnisi takes us on a journey of self-discovery in S/S ‘22. This collection, Mafamba Yexe, finds its inspiration in a microscopic view of Bumba’s purge, made up of cells that, like so many others, split apart to multiply. Pain on the outside, pain on the inside, discomfort everywhere. From this discomfort, cells made echoes of their own likeness, and Bumba birthed the world. In every world, microscopic and universal, discomfort was the channel from loneliness to community. From strangeness to connection, to reflection, and eventually, to self-discovery… ”

About – RICH MNISI is a South African-based contemporary multi-disciplinary brand founded in 2015 by the Essence Best in Black Fashion Awards’ Emerging Designer of the Year for 2019, Forbes 30 under 30 Class of 2019 inductee, Rich Mnisi. Initially, a creative outlet for Mnisi, hoping to unearth Africa’s hidden treasures while also being youthful, contemporary, and modern. The brand was born from Mnisi’s yearning to connect deeper with his unique culture and heritage and tell a compelling story through his art – a story of a mysterious past, intriguing present, and reimagined future. 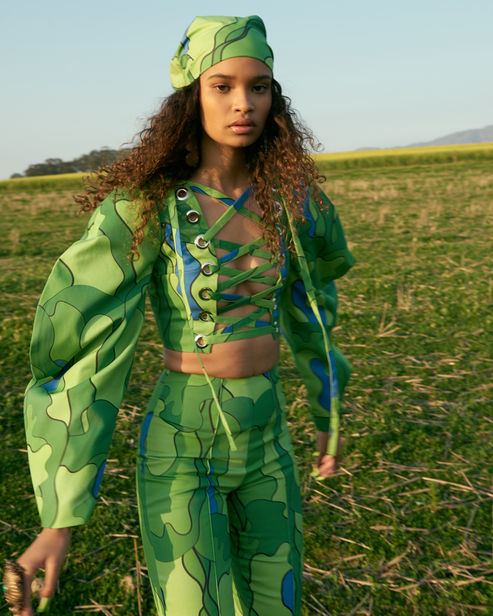 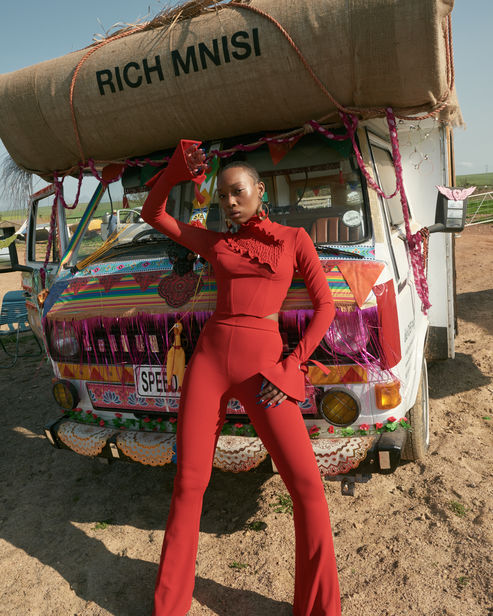 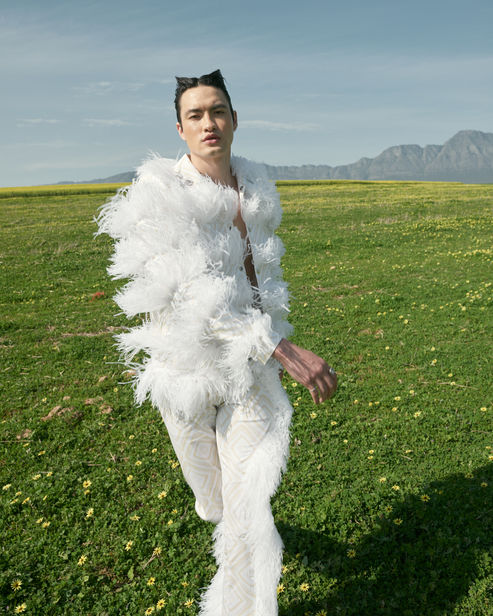 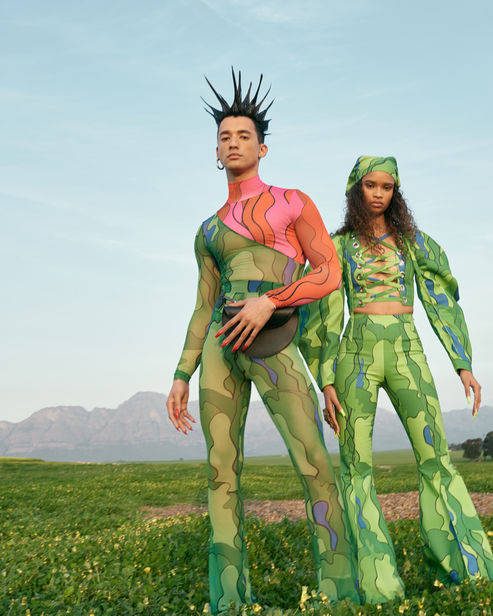 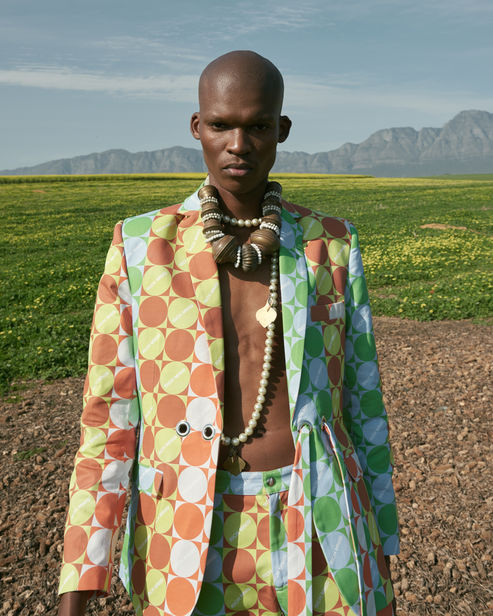 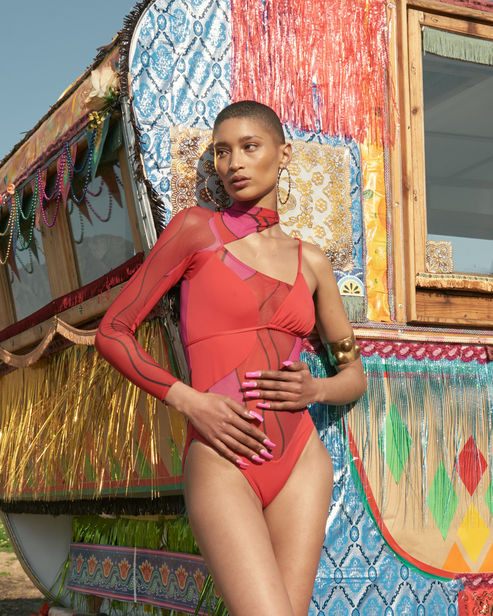 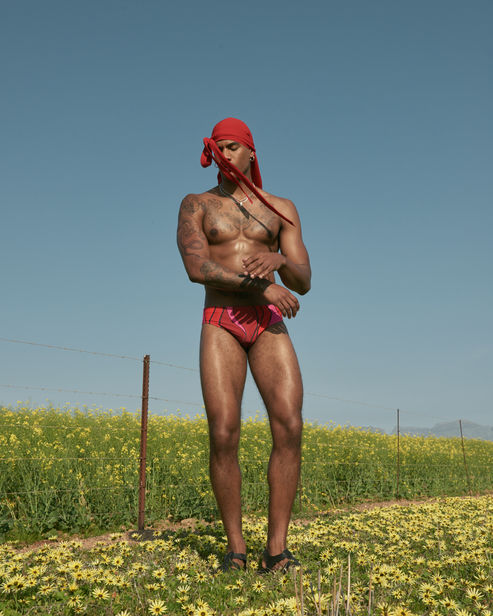 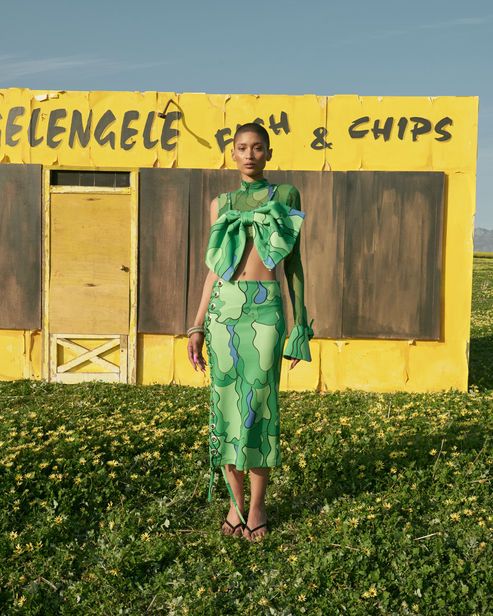 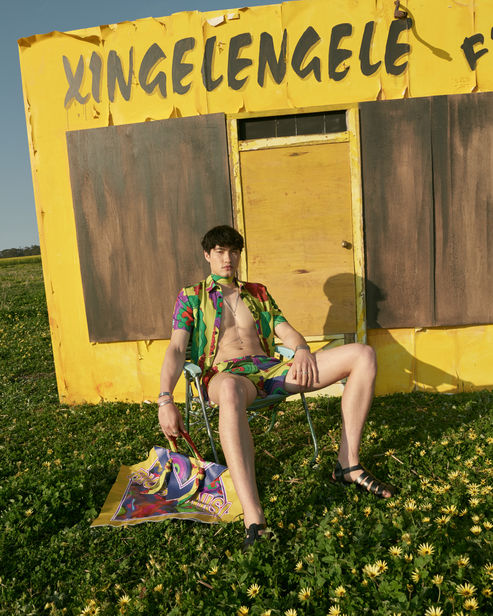 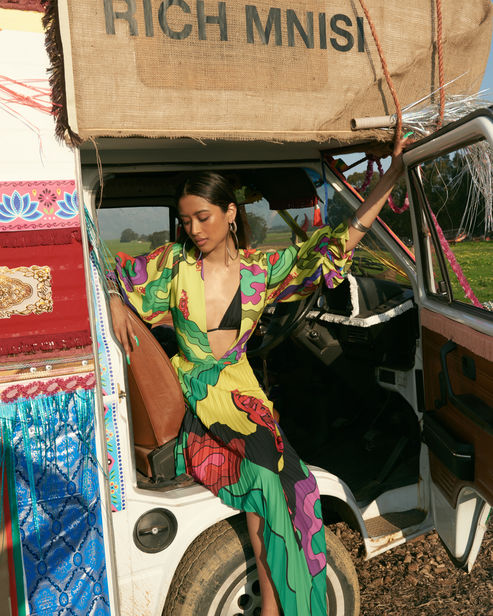 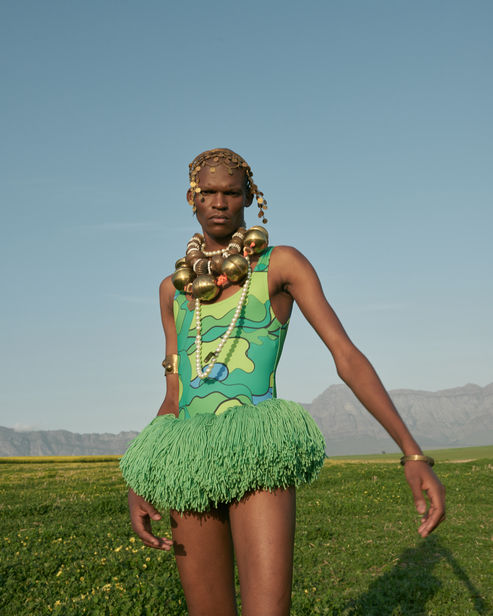 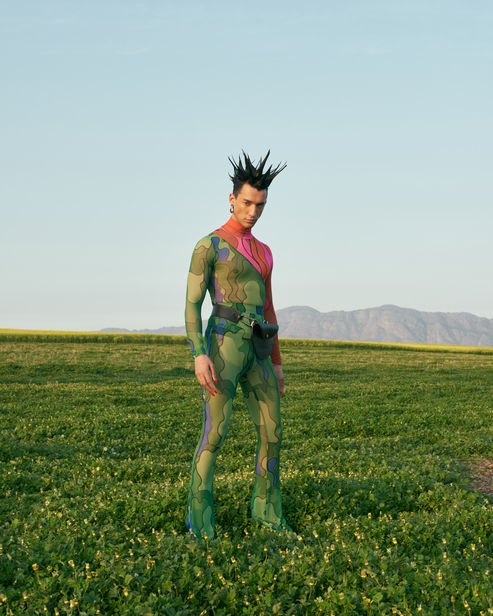 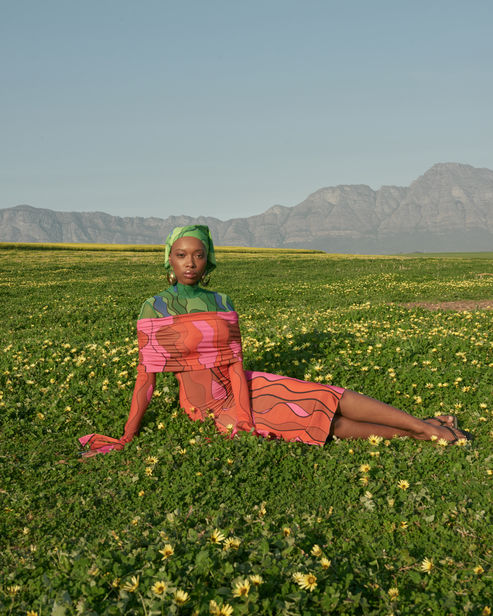 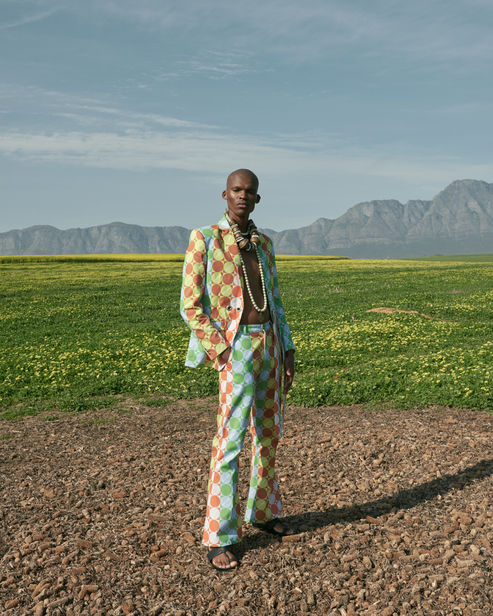