‘The Thin White Duke’ was the persona and alter ego of British musician David Bowie in 1975 and 1976. We quote Wikipedia : “The Thin White Duke was a controversial figure due to ostensibly pro-fascist statements made by Bowie in press interviews during this period. Soon after making the comments, Bowie claimed that they were ‘theatrical’ remarks made in character and did not reflect his actual views. In later years, he blamed his erratic behavior during his mid-1970s Duke era on an ‘astronomical’ use of hard drugs (particularly cocaine) while living in Los Angeles. Bowie left California for Europe in late 1976 to improve his mental and physical well-being. He settled in West Berlin in early 1977, at which point he quietly retired the Thin White Duke persona.”

The homage to the musician was photographed by Oliver Spies for ACHTUNG magazine. Art direction and styling were taken care of by Ingo NAHRWOLD c/o BIGOUDI. Male model and Bowie impersonator was Sebastian Warschow, Cultural Science Professional and Chief Communications Officer at the agency haebmau. 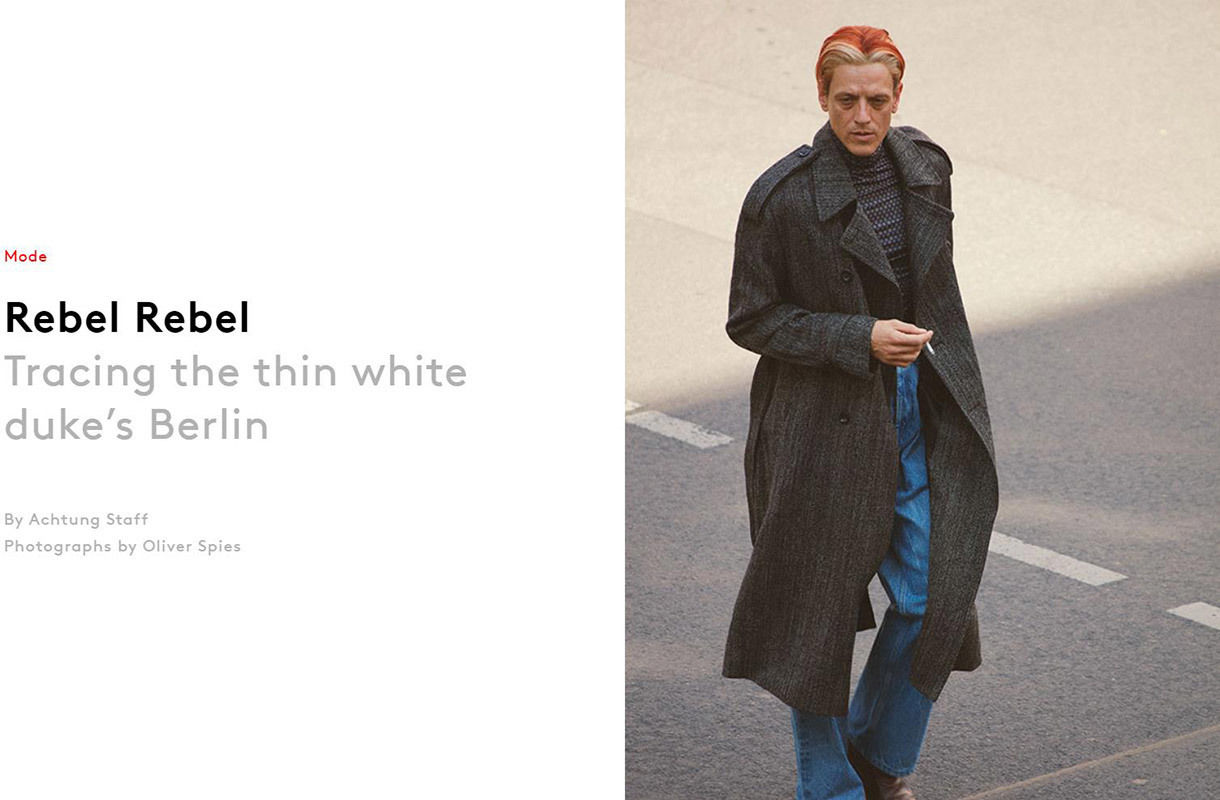 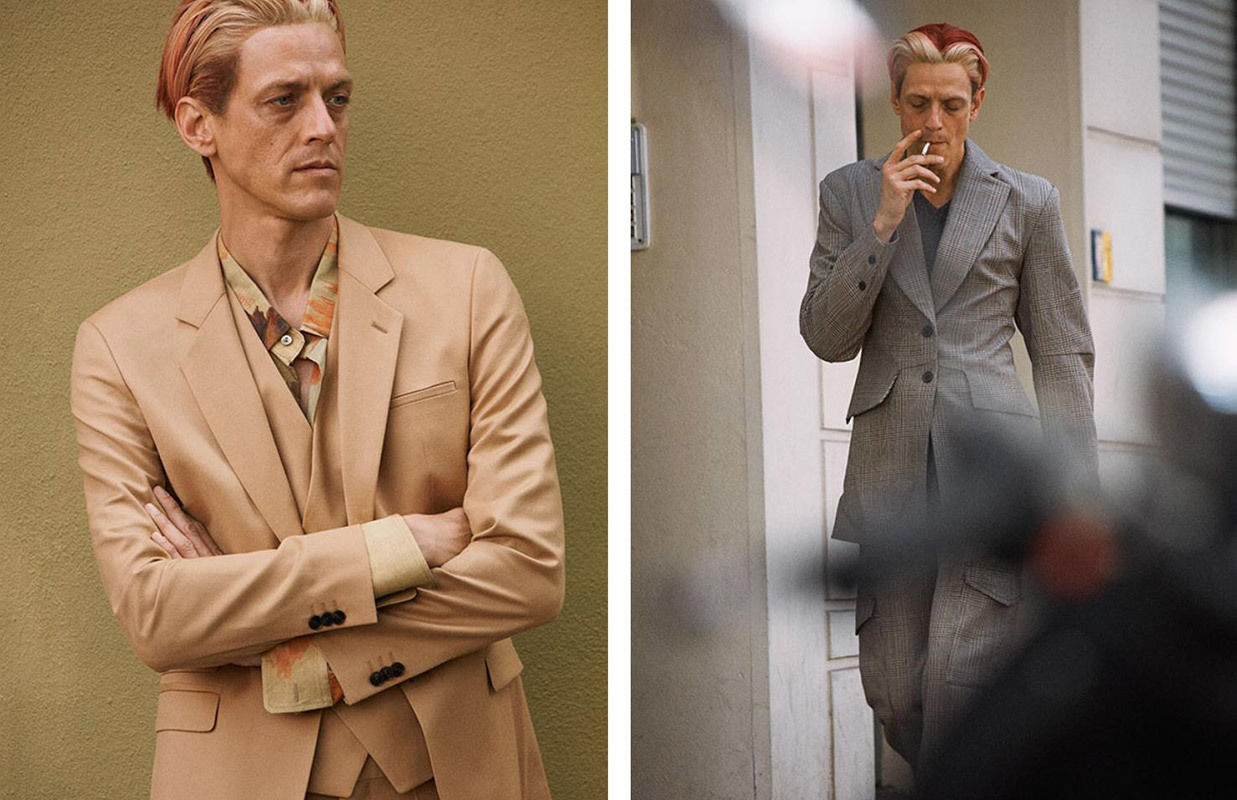 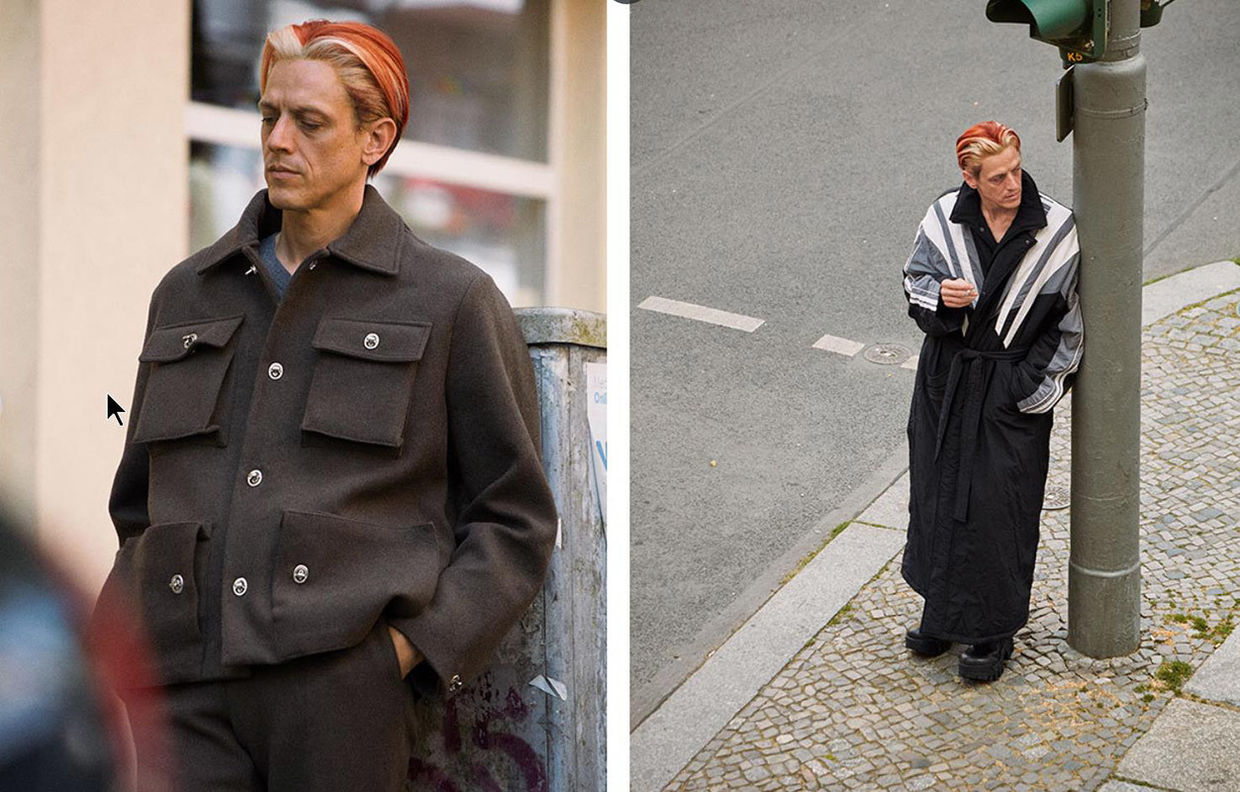 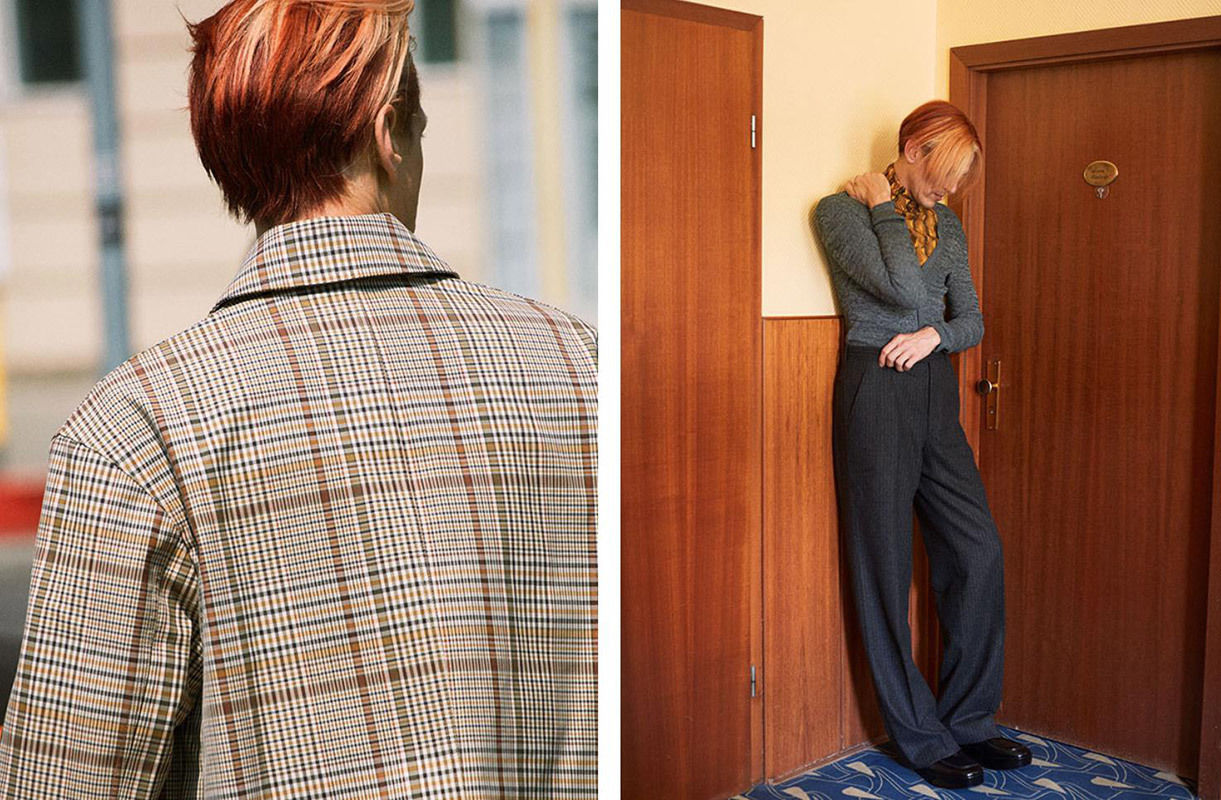 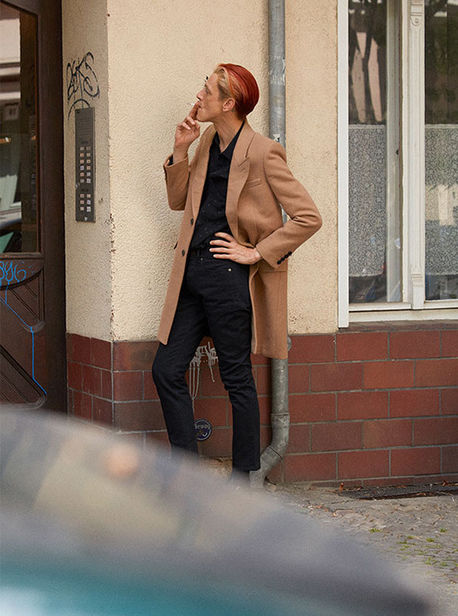