Real Madrid’s soccer giants posed in their official BOSS suits for this high-profile shoot which is the result of yet another successful collaboration between Luminosa Production and JPPS Creative Productions. In the midst of an ongoing pandemic, shooting at Cuidad Real Madrid, the world’s largest club-owned training complex, was a great challenge – but also a great opportunity. Stills and video were once again shot by Paul McLean who was assisted by DOP Luke Glover.

HUGO BOSS : “Since 2015, BOSS has been the official fashion partner of Real Madrid C.F, the most successful soccer club in the history of the Europa Cup, which has also made a name for itself internationally. Real Madrid C.F. can look back on 34 Spanish championship titles (in what is referred to as the Primera División) as well as thirteen UEFA Champions League victories, four UEFA Super Cup wins, and seven FIFA Club World Championship victories. The team is now ready for its next big moment.”

Real Madrid is a professional Spanish soccer club based in Madrid. Founded on 6 March 1902 as Madrid Football Club, it has traditionally worn a white home uniform since the very beginning. The word ‘real’ is Spanish for ‘royal’ and was given to the club by King Alfonso XIII in 1920 together with the royal crown in the emblem. Real Madrid established itself as a major force in both Spanish and European soccer during the 1950s, winning five consecutive European Cups and reaching the finals seven times. GoSee: hugoboss.com//boss-herren-real-madrid & realmadrid.com 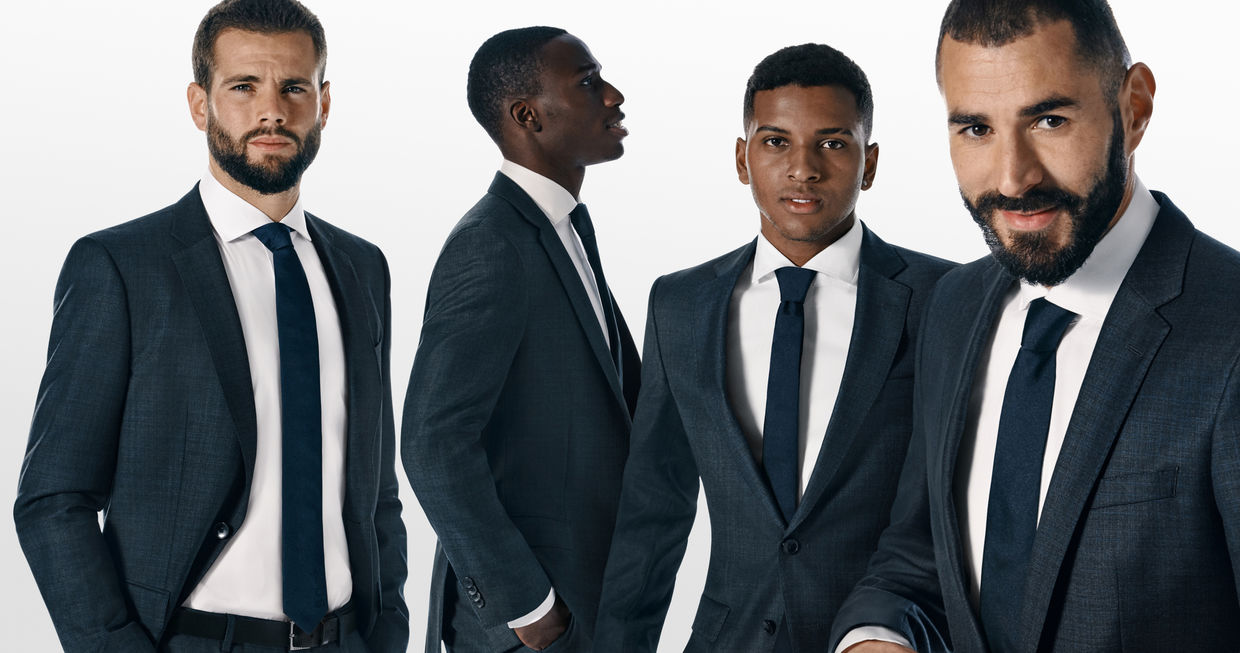 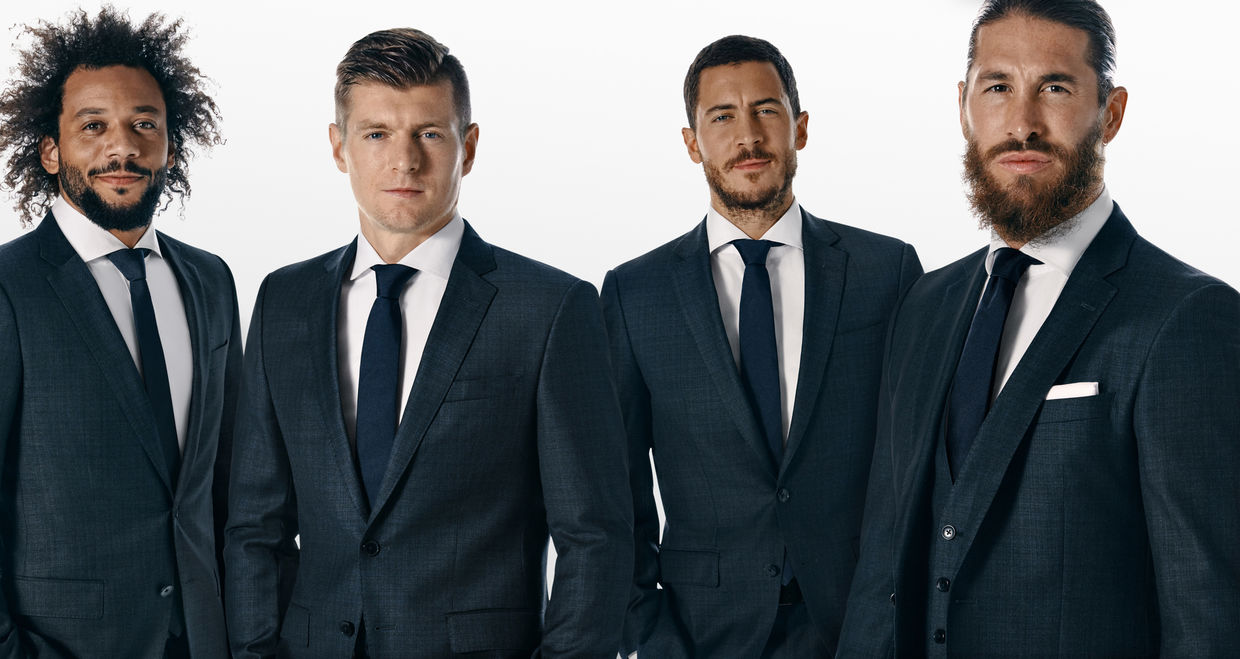 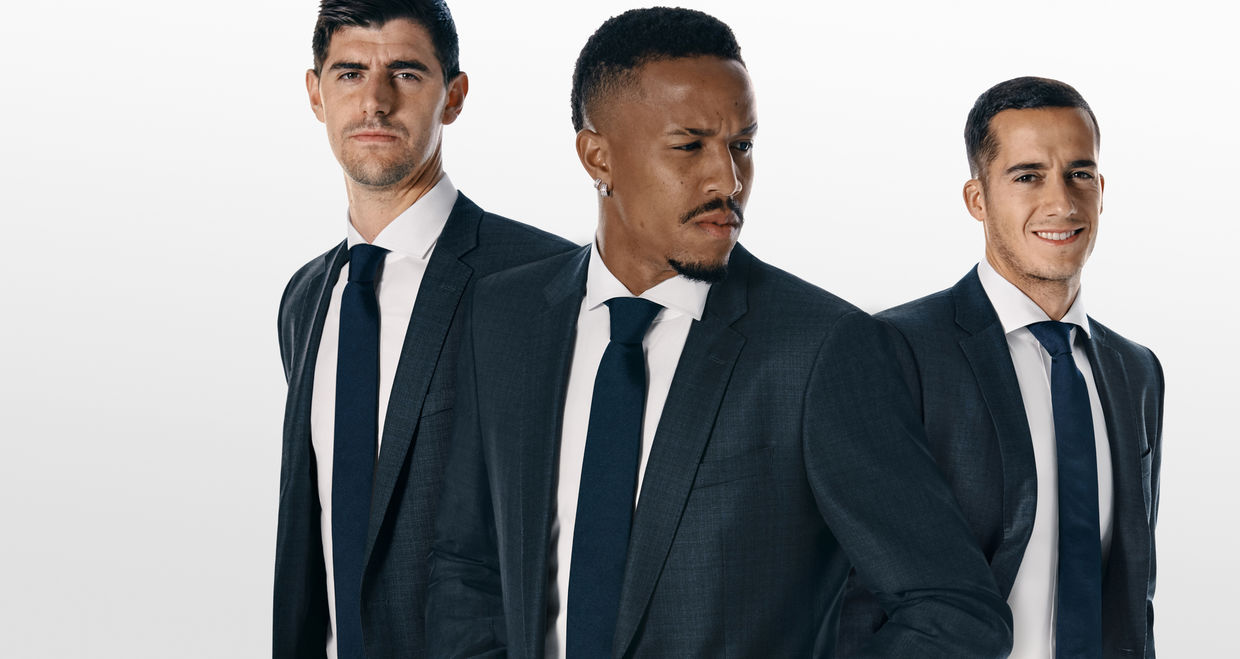 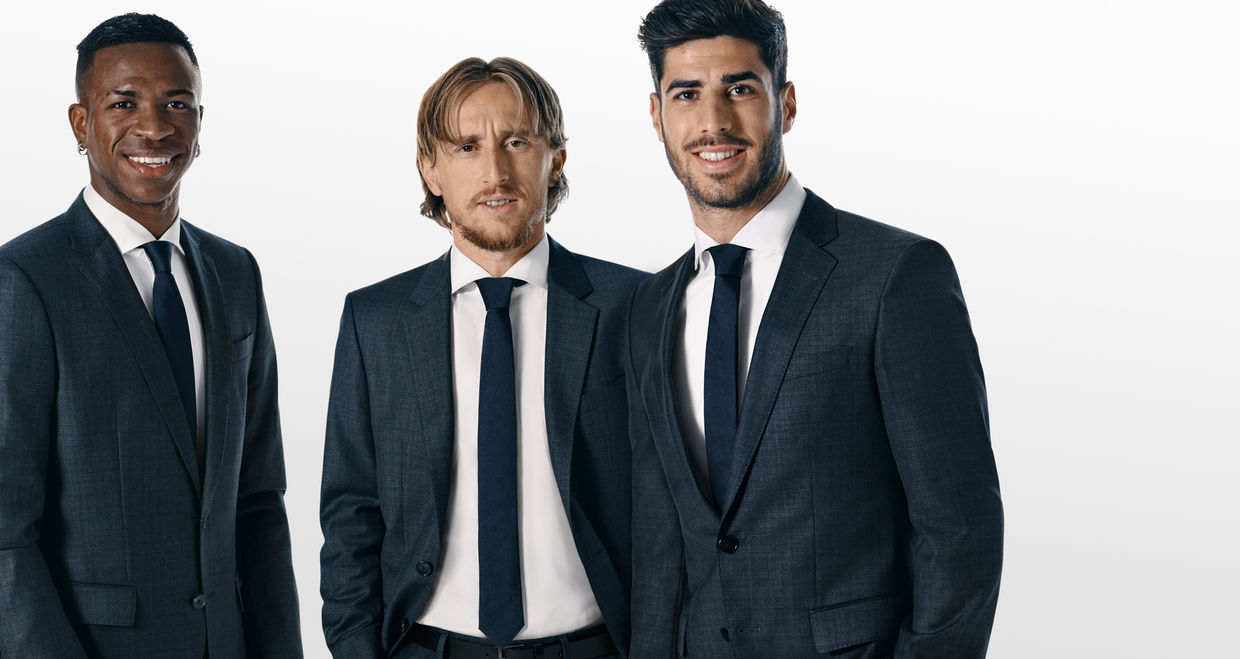