06.10.2021 • What causes cancer? Why is it so hard to defeat? What can each of us do to prevent it? How can scientists and doctors help patients? What are the new approaches and what other scientific questions do the researchers of the German Cancer Research Center look into? The magazine Einblick has the answers – topical, exciting and above all understandable – and can be subscribed for free.

Which brings us to the article ‘Zero Tolerance for Tumors’ written by Nicole Silbermann with illustrations by Luca BOSCARDIN c/o SEPIA : Tumors use molecular switches that slow down attacks by the immune system. Christiane Opitz and her team investigate which role products of metabolism of a specific amino acid play. You can read the article free of charge in the e-magazine by following the link as always in our article.

Luca BOSCARDIN c/o SEPIA is an illustrator and toy designer. He skillfully depicts complex topics in a playful way in order to make them more accessible for readers. Which his clients appreciate particularly in the area of scientific topics of research. Luca shows how cancer cells trick... 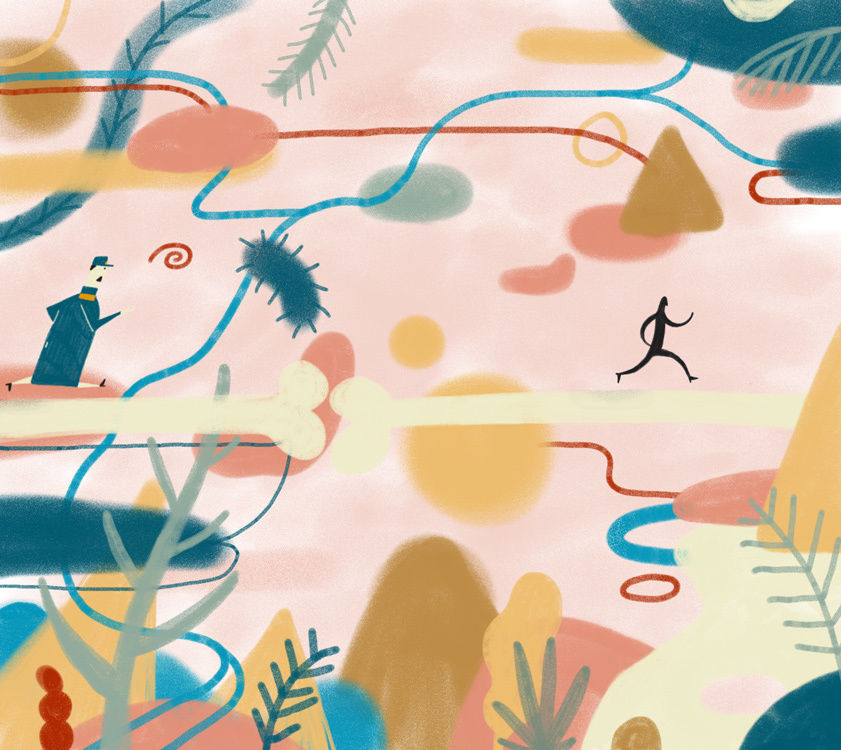 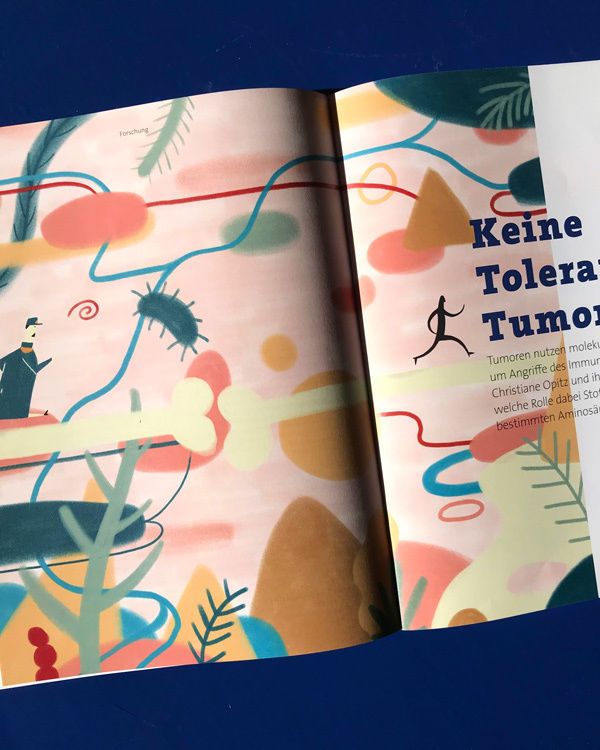 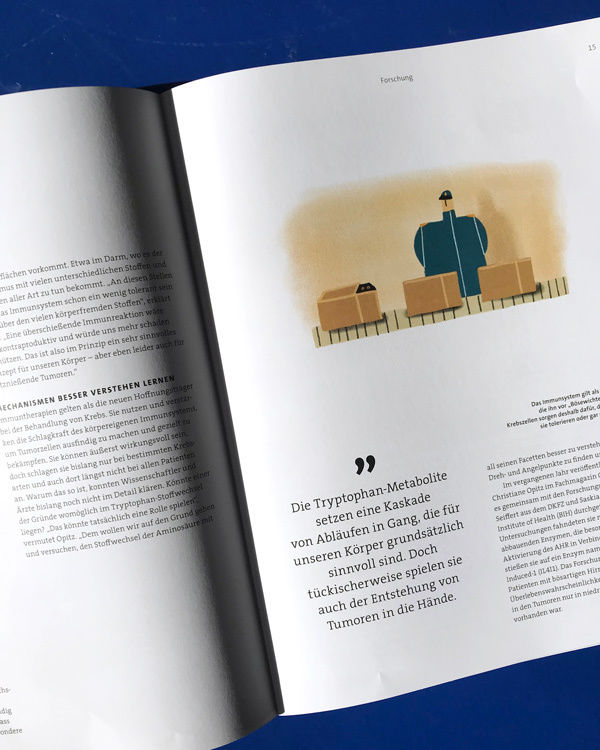 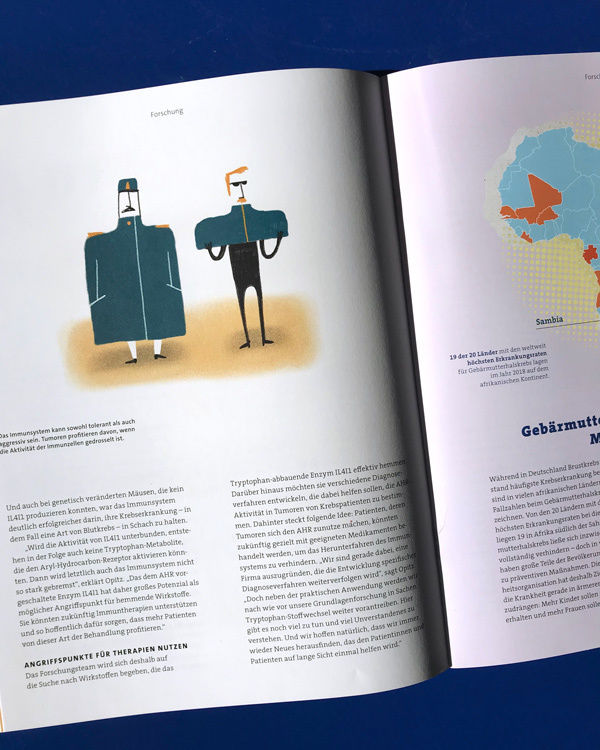 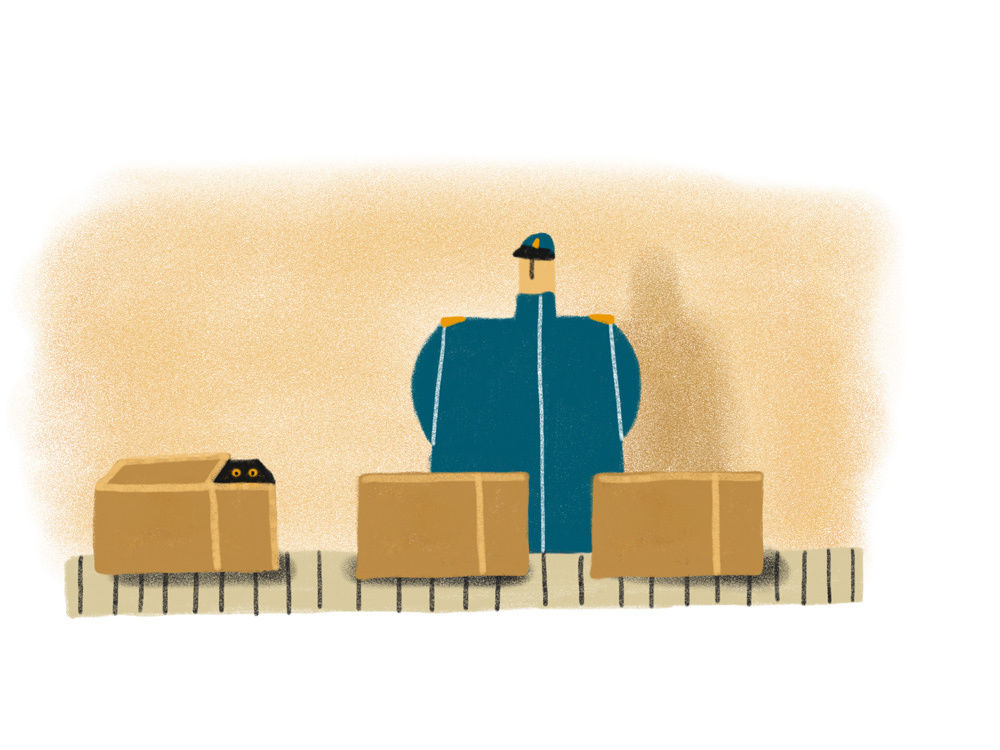 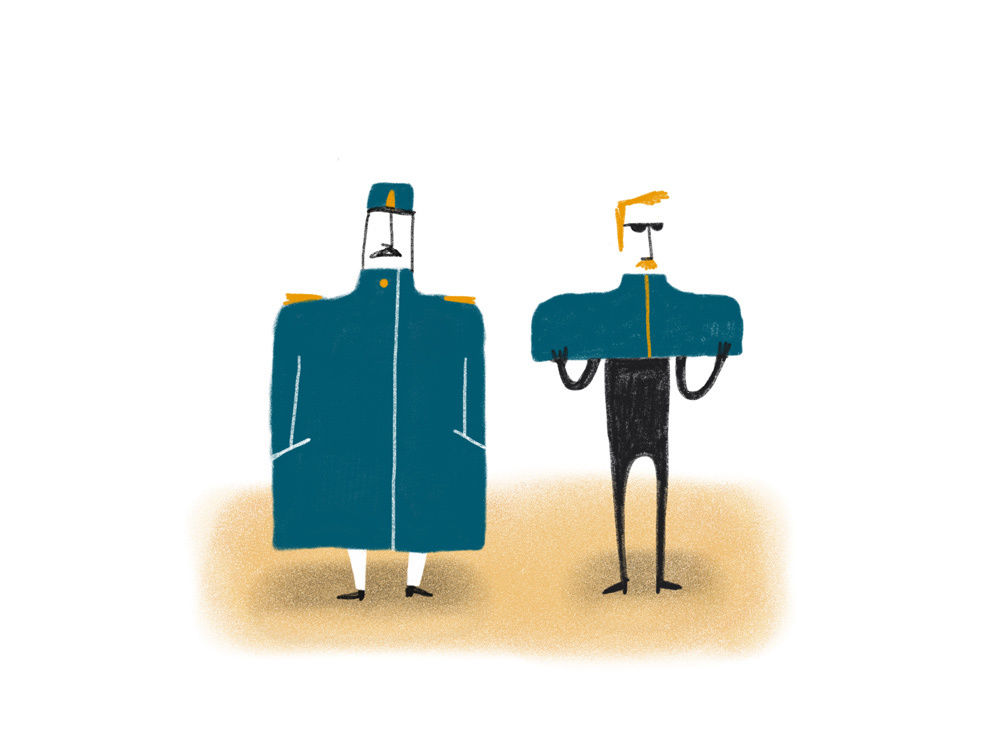 06.10.2021 • André Laame creates portraits and illustrations to remember that are just as much food for thought. Lively painting meets elegant illustration. Particularly in his portraits, he likes to use painting techniques, which can be seen in his new work for the magazine Wirtschaftswoche. Depicted in the photo is the President of the Austrian National Bank, Robert Holzmann. He is considered the “Falcon of the European Central Bank”.

According to Holzmann, the extremely lax monetary policy of the ECB could soon come to an end. Instead, a sustained increase in inflation towards the ECB target would be preferable, says the chief of the Austrian issuing bank.

Born 1949 in Styria, Robert Holzmann is an Austrian economist and worked in various positions at the World Bank in Washington D.C. from 1997 to 2011. In January 2019, he was nominated as Governor of the Austrian National Bank and followed Ewald Nowotny in this function in September that same year. 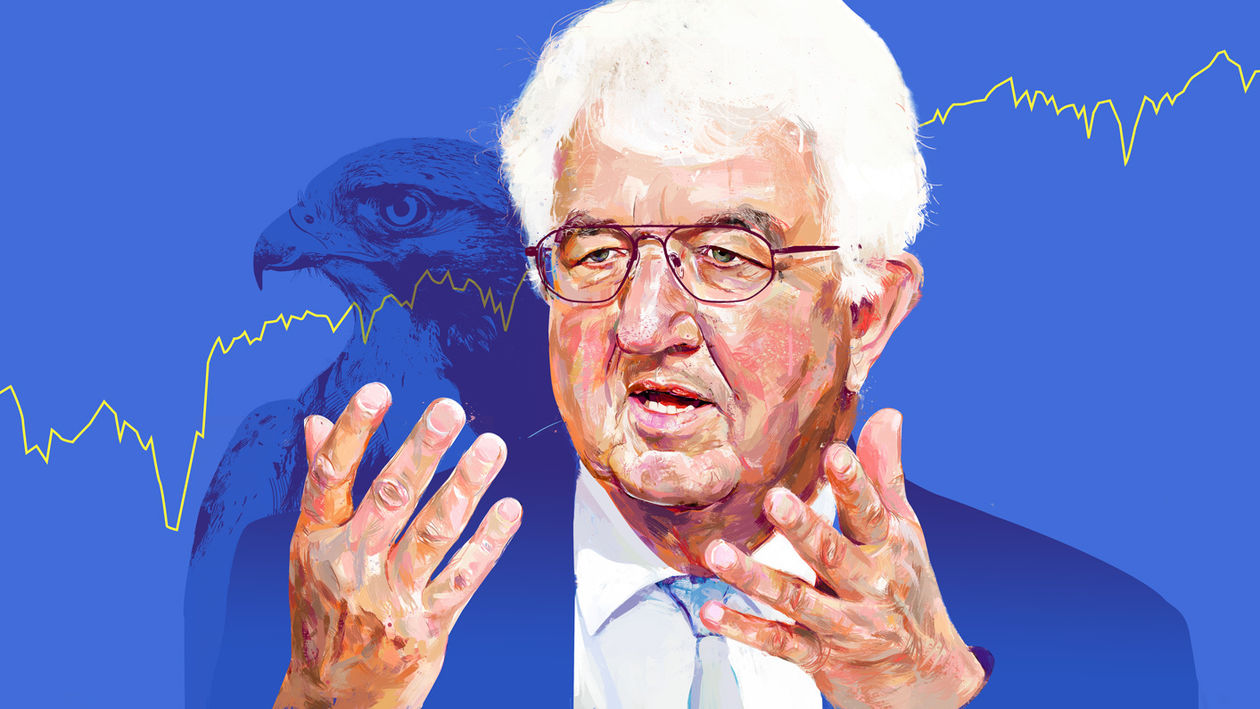 05.10.2021 • Robert DEUTSCH c/o SEPIA is an illustrator, painter and comic artist from Leipzig. He studied at the University of Art and Design Halle in Burg Giebichenstein under Prof. Georg Barber, also widely known as ATAK.

For his heroes, Robert invents worlds in acrylic paintings and illustrations, where they can do whatever they feel like. Which can often lead to scenarios that are bizarre, at times sad or even ironic. But Robert always lovingly stages his figures, with a big heart for likable and eccentric characters.

Robert’s clients appreciate his in-your-face style and the unusual perspective in his illustrations. Among his clients are publishing companies such as Der Spiegel, Handelsblatt, Gruner und Jahr, Süddeutsche Zeitung, but also theaters and foundations. His personal works and acrylic paintings can also be seen in galleries. In 2017, his first graphic novel about mathematician Alan Turing appeared at Avant Publishing. GoSee : sepia-illustration.de 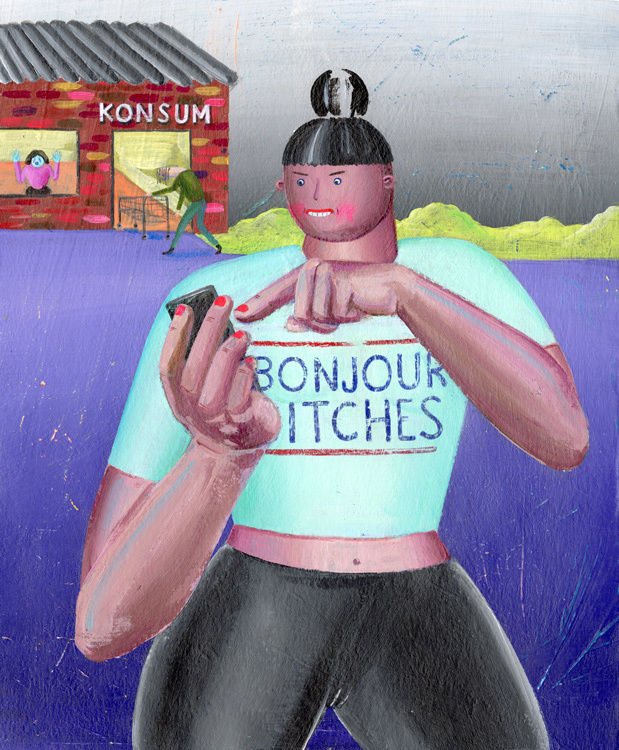 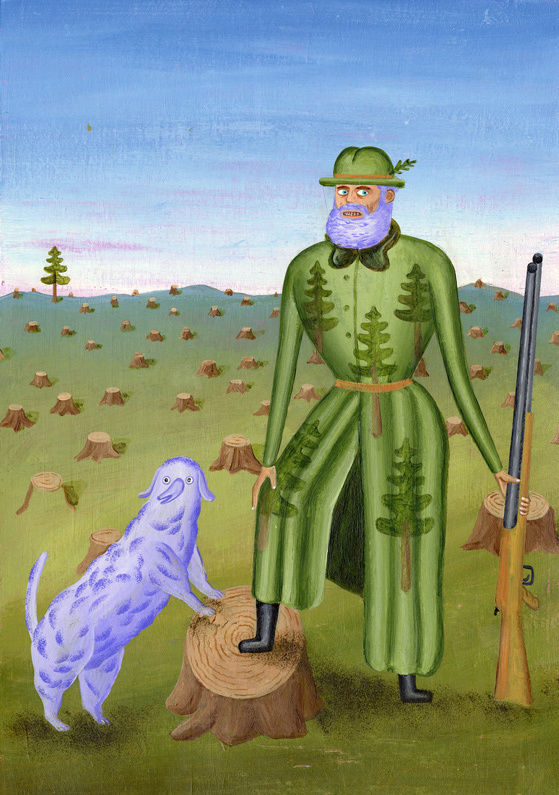 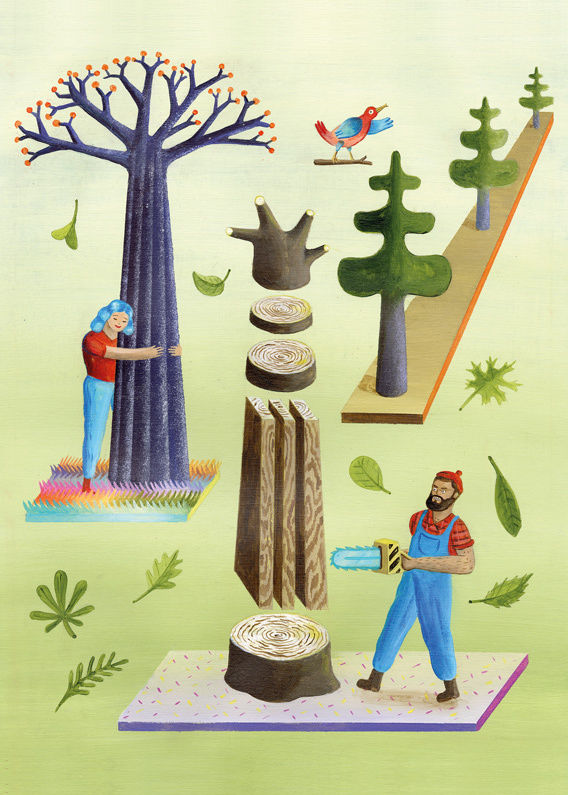 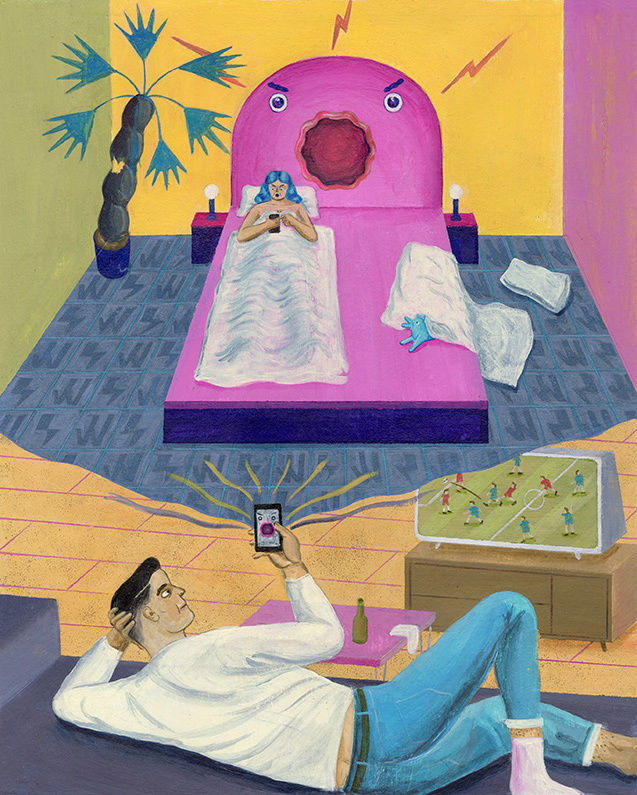 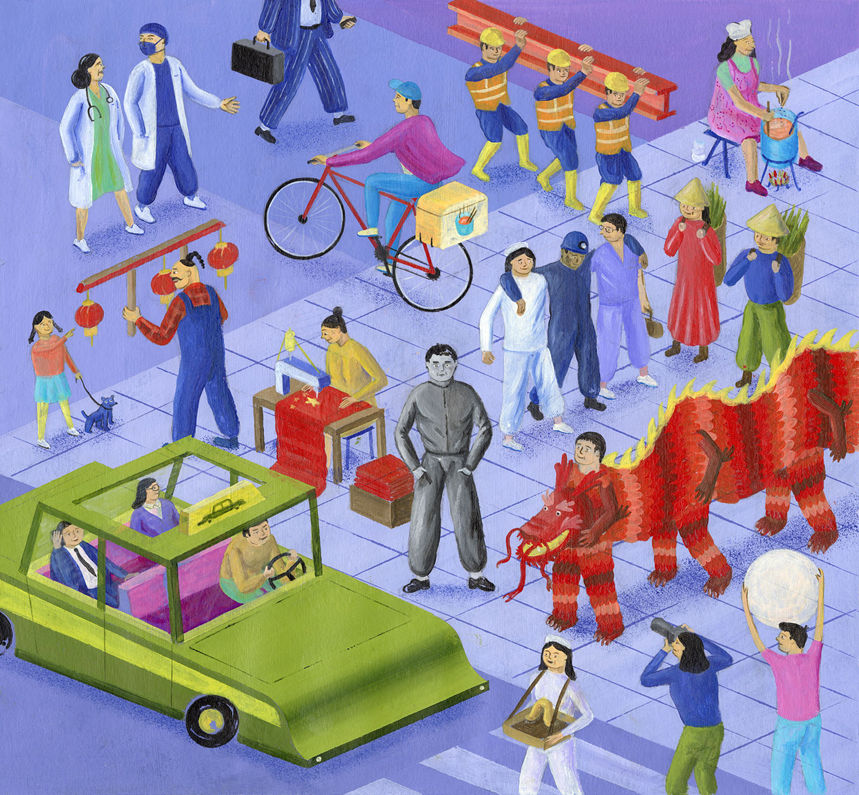 05.10.2021 • For the feature film ‘Monte Verità – The Rush of Freedom’ (box office start 23 December, 2021), FBB developed a magnificent CGI shot of Vienna’s Naschmarkt in the year 1905. This entailed the complete development of the CG environment (houses, streets… ), integration of CG vehicles and animals, bringing together the persons filmed in front of the green screen with those digitally generated.

Production of the movie was taken care of by KGP Filmproduction GmbH. Here is a preview for you. 1906: A society in transition, marked by fears and hopes. The first dropouts – among them also the young Hermann Hesse or psychoanalyst Otto Gross – search for their paradise and find it in the south of Switzerland, on Monte Verità. The reformers not only do away with their clothing, but also with the psychological straightjacket which threatened to suffocate society…”

05.10.2021 • Illustrator Isabel SELIGER c/o SEPIA studied at the University of Art in Kassel and has lived in Berlin since 2014. She illustrates frequently for international magazines, and her particular specialty are teasers and title photos full of atmosphere. One of which was here for the summer issue of the magazine JACOBIN. SEPIA tells us : “The title photo shows workers enjoying a refreshment. Isabel immerses the after-work scene in a warm and casual atmosphere. The motif is an homage to ‘Bathing soldiers (the Builders of the bridge)’ by Dmitri Zhilinsky from 1959.”

Jacobin is an American socialist magazine which is also published in Brazil, Germany and Italy. It was founded in 2010 by Bhaskar Sunkara first as an online magazine. The American political author Bhaskar Sunkara is also the publisher of ‘Catalyst: A Journal of Theory and Strategy’ and London’s ‘Tribune’. In 2020, Sunkara was among the ‘40 Under 40’ list of Fortune Magazine in the category ‘Government and Politics’.

The magazine sees itself as a leading voice of the American Left. It offers you radical answers to the urgent... 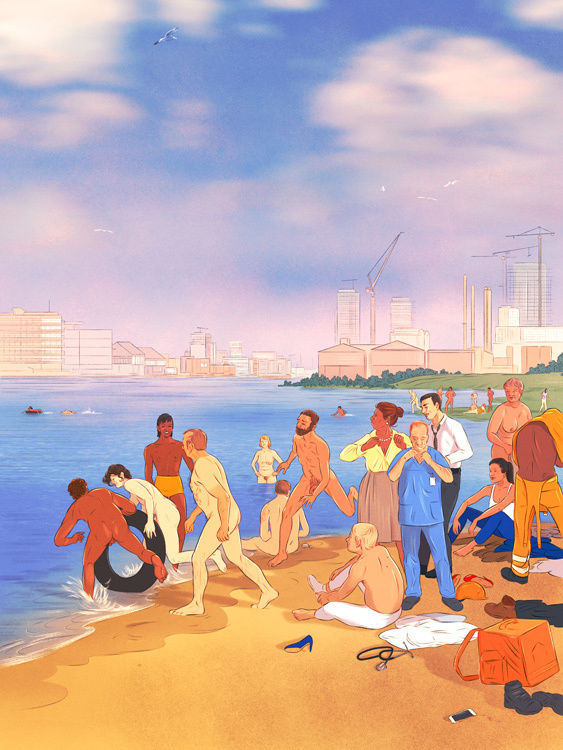