News // 14 News by One Hundred Berlin

REEBOK wants to be recognized for its efforts in sustainability by creating an emotional connection between consumers and the brand. This is where ZMS, Zalando Marketing Services, come in : “Together with Reebok, ZMS came up with a unique creative concept and campaign that supported both the sustainability message and the product visibility of the [REE]Grow collection. The campaign was launched as a part of Zalando Brand Days, and the assets created were used on multiple media channels and touchpoints.”

The ‘Come Grow With Us’ campaign motifs were photographed by Maxime Ballesteros, and post production was in the hands of ONE HUNDRED BERLIN.

The campaign wants to especially reach out to Gen Z and Millennial consumers. Zalando : “At the core of the visual idea were the performance artists who connected with nature using their body.” A complete success : Reebok reached an impressive 12.2 million unique users across various media channels.

And meet the Berlin-based post production company ONE HUNDRED BERLIN as an exhibitor for the first time at UPDATE-22-BERLIN. See the latest job offers of the very busy agency on GoSeeJOBS or in their GoSee Account : gosee.news/onehundredberlin//jobs .

Adidas 4D – Feel the Future. Thanks to the combination of long years of athlete data and the unique technology of 3D printing, adidas 4DFWD has been developed – to give runners a new running experience. adidas : “For over four years, we have developed 4D lattice midsole technology in partnership with Carbon. Combining athlete data and Carbon’s Digital Light SynthesisTM technology to produce precision-tuned, 3D-printed midsoles. adidas 4D footwear is among the first in the world to use this cutting-edge technology which offers the ability to fine tune midsoles to specific patterns of movement, so that athletes can enjoy precision performance with every step.”

Live every adventure as if there were no end – Riccardo Vimercati photographs the CARRERA Eyewear S/S ‘21 campaign, post-produced by ONE HUNDRED BERLIN

The Carrera brand, founded in 1956 by Wilhelm Anger, is specialized entirely in crafting eyewear and has made a name for itself worldwide, particularly with sports eyewear. Carrera stands for functionality paired with Italian elegance. Unlike hardly any other brand, the designers of Carrera sunglasses draw inspiration for their collections from retro-eyewear looks. Finest quality materials and workmanship do the rest. This gives sunglasses from Carrera not only their stunning appearance but equally impressive function and quality. Carrera sunglasses are also available with prescription lenses.

For the Spring/Summer 2021 campaign, the Italian company commissioned photographer Riccardo Vimercati, who lives in New York. The summer looks were photographed on the island of Sardinia. Responsible for post production was ONE HUNDRED BERLIN, and tells us : “Riccardo Vimercati is known for his fashion and editorial work, which is frequently commissioned by various well-known brands such as MSGM, Giorgio Armani, Aveda and many more."

Carrera is a brand of Safilo Group S.p.A. which designs and manufactures sunglasses and sports eyewear. Founded in 1956 in Austria, the company is now based in Padua, Italy. Styling: Astor Hoxha and make-up: Tanja Friscic. GoSee : safilogroup.com & carreraworld.com & onehundredberlin.com
10.08.2021 show complete article 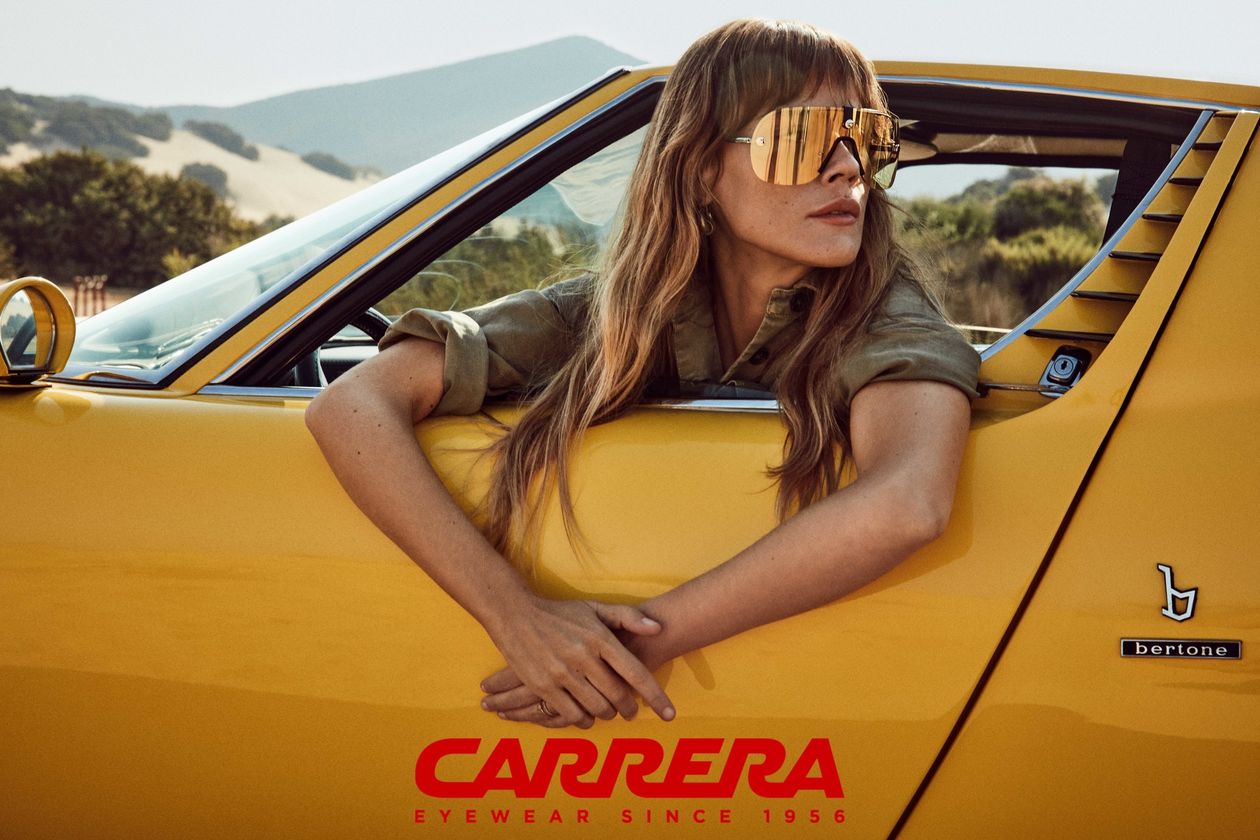