Four days, three iconic numbers, two Alpine countries, a whole lot of serpentines : that pretty much describes the not-quite-everyday SickAlps 2020 trip in a nutshell. Twenty-five air-cooled Porsche 911s ensure plenty of driving pleasure in Austria and South Tyrol – and crank up the feel-good vibes, too.

What is pleasure? Something often difficult to put into words. So let’s try to do so with facts and numbers instead: A trip together in a Porsche. A guest house on the Grossglockner High Alpine Road. Two 400 km tours, 25 Porsche 911s, 43 participants, an endless number of serpentines. Or simply: all of the above. You could just call it SickAlps 2020. That’s the name of the four-day tour through Austria and the Italian Dolomites organized by Moritz Leidel c/o Flat6High5 and his wife Kerstin.

We have a retrospective for you in photos – and in the words of participants – on GoSee.NEWS :

“It was a bit like surfing on the perfect wave. When I look back, what first comes to mind is the ragtag group of pretty laid-back people who were all somehow on the same wavelength. Even though some of us, like myself, only knew a few beforehand, we were all one big SickAlps family from the very first moment.”

“The vibe right after driving up the pass, when twenty-five Porsches all meet up again on a parking lot is something I won’t forget all too soon : Everyone jumps out of the 911s, still rattling from the strenuous ascent, with an ear-to-ear grin on their faces, and we all agree: ‘That was an awesome ride!’”

“I think about the SickAlps tour umpteen times a day – and will reminisce in it for quite some time because the daily routine catches up with you way to fast. When I close my eyes, I can immediately beam myself back to the Alps and feel the butterflies in my belly, the thrill in my hands... and my foot on the gas! I hear the sound of twenty-five 911 engines revving up, and it gives me the goose bumps. Pure pleasure for the ears paired with a childlike feeling of excitement!”

“It was our first tour in the Alps – for the ‘73 Porsche and for us. We couldn’t decide what we liked more – the thrill of driving, the routes, the serpentines, the breathtaking views in and from the mountains.”

“911s as far as the eye can see – in front of us – in the rearview mirror – as if it were an endless 911 pearl necklace, winding its way effortlessly up and down the mountains. Amazing!”

“The very best part was getting to share this feeling each morning, every time we stopped, and every evening – because within each car, were fantastic people who had formed an unmistakable bond with the vehicle. And it more than doubles your happiness if you share it with so many others!”

“With Kerstin and Moritz, two enthusiasts were literally at the wheel. The two of them showed us all such an unforgettable time. You could say they were the best-tuned engine of our tour!”

“True believers on a 911 pilgrimage together! Old friends met up again, and new friendships were forged. Unique routes paired with perfectly organized breaks and the typical Austrian jausen snacks with lots of laughs created a special bond between us.”

“This was definitely one of those do-you-remember-when weekends. Every single one of us will whip out their memories whenever they see someone from our group. I know for sure that my body will always hit me with those happy hormones as soon as I think about this tour.”

“A one-of-a-kind, unforgettable experience with cool people, awesome cars and great routes! From the ‘Early Bird Tour’ – sunrise on the Grossglockner Mountain – I can still feel the rush after a whole week. It doesn’t get any better!”

“Wow – what a weekend! Following SickAlps 2019, it’s the highlight again this year. The family of serpentine junkies has grown meanwhile, and we can hardly wait to get our daily dose of adrenaline next year!” 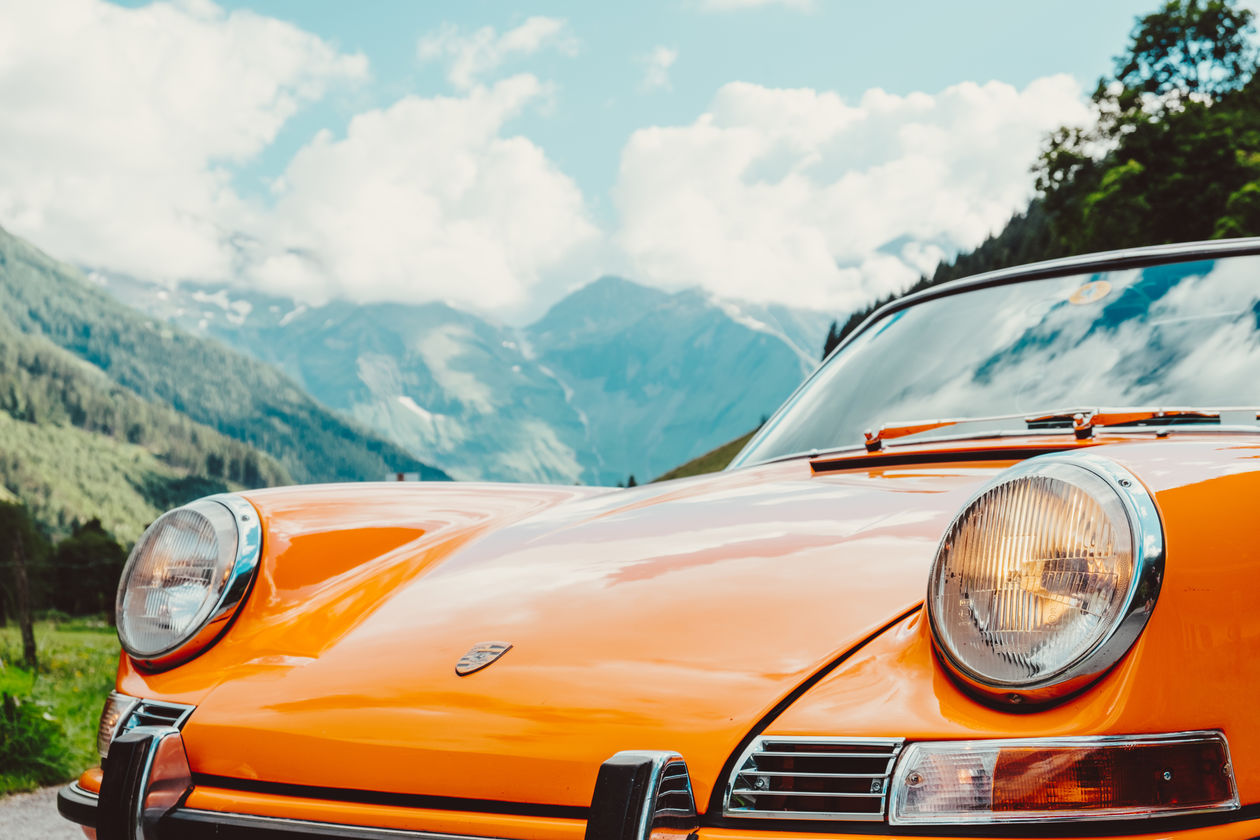 The Lamborghini Huracán EVO and the Tecnomar 63 luxury yacht with the Lamborghini design DNA in a RAMP reportage by Matthias Mederer c/o RAMP.PICTURES BY RAMP.SPACE

How far can you take the Lamborghini design DNA? Tecnomar’s luxury yacht builders and Lamborghini’s Centro Stile teamed up to find out.

ramp.pictures photographer Matthias Mederer took it to Tuscany with a Lamborghini Huracán EVO for this emotional photo reportage, where he visited the 'Italian Sea Group' for RAMP MAGAZINE. Then it was off to Centro Stile, the design studio of Lamborghini and the company’s Head of Design, Mitja Borkert. That’s where the first luxury yacht with the Lamborghini design DNA was developed.

“At the wheel of a Lamborghini, you always feel like a pilot,” says Mitja Borkert, Head of Design at Lamborghini, and continues, “we wanted to transfer that feeling to the water.” Performance, driving pleasure, attention to quality and details: these are the features combined within the Tecnomar for Lamborghini 63, thanks to innovative engineering solutions and a unique design.

The complete reportage ‘Water-cooled: Tecnomar for Lamborghini 63’ is available via RAMP as well as further series by the photographer on RAMP PICTURES.
03.08.2021 show complete article 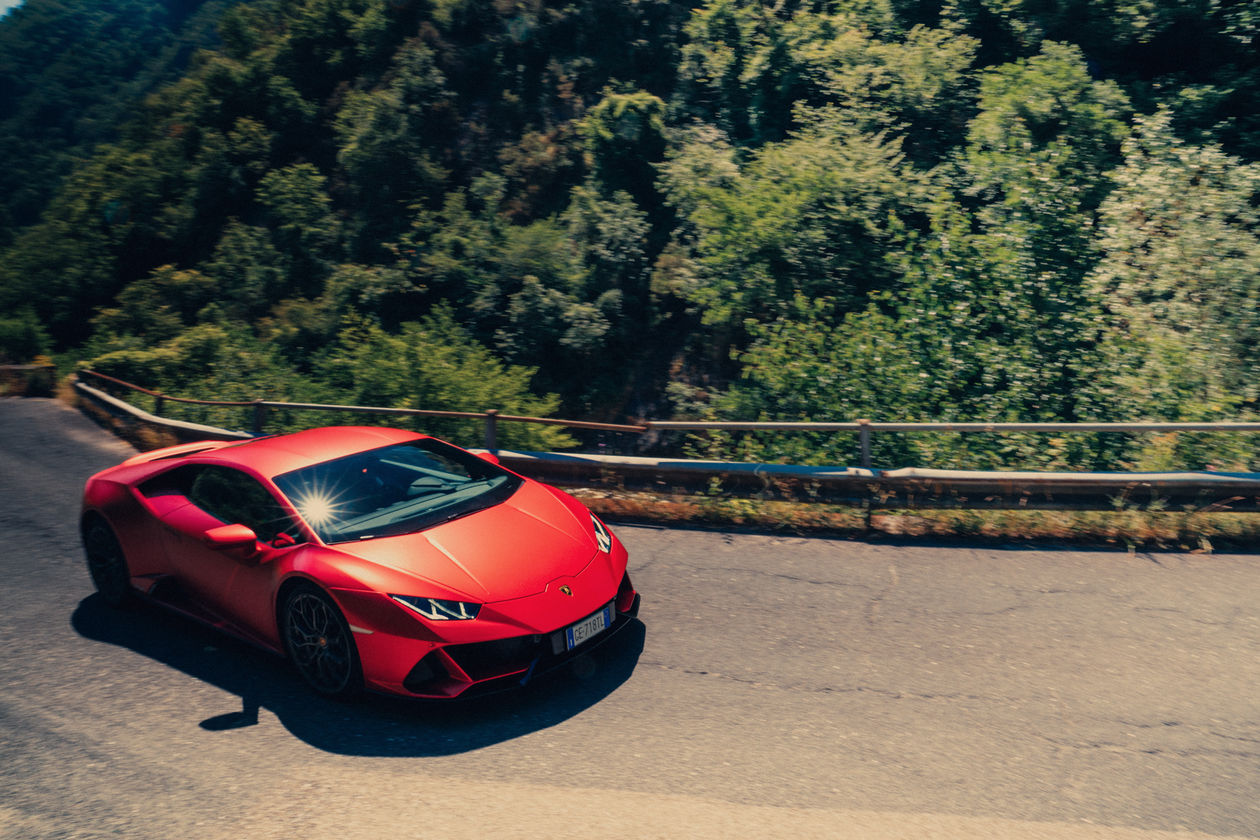 The Le Mans legends inner circle : The Porsche 917 in the Salzburg design and the hyper-modern 919 Hybrid came together in the King Kong Studios in Friolzheim. That is : the first and the last vehicle with which Porsche was able to take home the overall victory at the 24 Hours of Le Mans. RAMP met up with the heroes – and, of course, the ones behind the wheel, too. We present you Hans Herrmann and Timo Bernhard, plus their cars, united for lots and lots of history in one shoot.

Hans Herrmann, born 23 February, 1928, in Stuttgart, is a former German race car driver. The trained confectioner was one of the most versatile German drivers and competed in a wide variety of different races for a broad range of automobile brands. His career spans from the time he worked with pre-War legends such as Mercedes racing manager Alfred Neubauer to the very beginning of Porsche’s dominance in the 24 Hours Race of Le Mans. He competed in legendary endurance races like the Mille Miglia, Targa Florio and Carrera Panamericana, and is one of the last remaining living legends of this era.

The 24 Hours of Le Mans is an endurance race for sports cars which is organized by the Automobile Club de l’Ouest in the vicinity of the French city of Le Mans. The race has been held since 1923 on the Circuit des 24 Heures, just south of the city, and sections of the racetrack are normally used as country roads when racing events are not taking place. Originally, the track had a lap length of around 17.3 km and extended well into the city center of Le Mans, but was shortened to the approximately 13.5 km length of the circuit today. The goal of the race is to drive as many laps as possible within 24 hours and then finally cross the finish line.

ramp.pictures is the creative and independent photo agency for photographers and filmmakers of ramp.space. GoSee : 24h-lemans.com & ramp.space
18.07.2021 show complete article 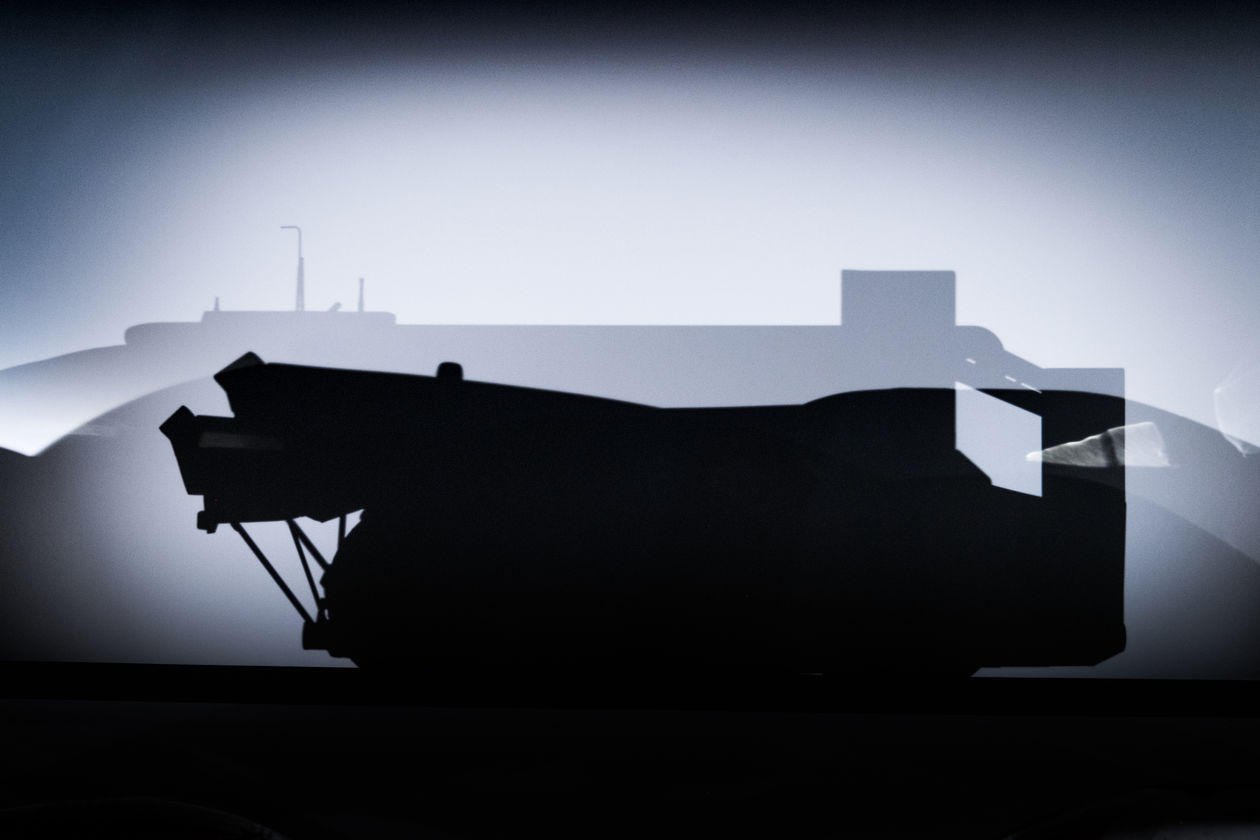