American Bauhaus creates a unique space for the history of Black Mountain College, which provided a new creative home for many World War II refugees in Europe from 1933 to 1957 and allowed the Bauhaus to live on in the United States. A unique place of freedom and creativity that became home to some of the most impor­tant artists of the 20th century!

In 1992, the Partner and Creative Director at studio1500 Erik Schmitt attended the reunion of Black Mountain College in San Francisco. The school is credited with shaping some of the greatest artists in American history: Willem de Kooning, John Cage, Merce Cunningham, Buckminster Fuller, Franz Kline, and Robert Rauschenberg among them. Schmitt was invited because his two aunts and their family friend Ruth Asawa attended BMC. He took extensive notes that day and took photographs at the cocktail party after the event at Ruth Asawa’s home. Those quotes and photographs are the foundation of the book American Bauhaus. 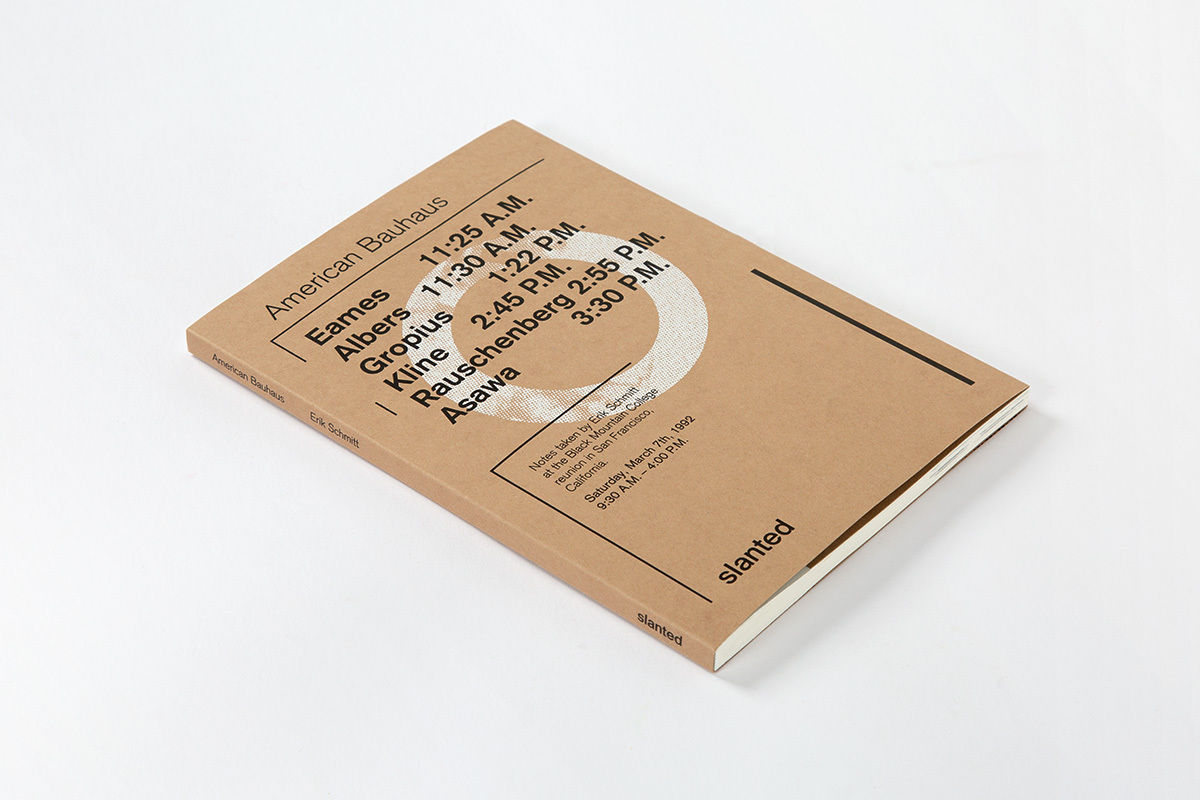