login & register
gosee premium member
SPARBAR, Ltd, the UK inventor and manufacturer of SPARBAR® boxing and fitness equipment, is proudly announcing its return to the NEC Birmingham, the UK's largest event space, for the first ever Arnold Sports Festival in the UK!

Originally founded in 1989 by Arnold Schwarzenegger and Jim Lorimer, the Arnold Sports Festival is one of the most prestigious events on the sports and fitness calendar. Taking place for the first time in the UK, this event will be the ultimate experience and spectacle that the UK fitness, health & sports community desires and deserves.

From a primarily bodybuilding event to a multi-sport extravaganza aimed at all ages and demographics, the SPARBAR® team takes the opportunity to showcase the newest editions of its intuitive boxing fitness workout devices built to make boxing as a sport accessible to anyone.

The sports festival is headlined by Arnold Schwarzenegger, Sylvester Stallone, Khabib Nurmagomedov, Dolph Lundgren and many other modern heroes, available for a meet-and-greet including photo opportunities and Q&A sessions at the event.

Jazz founded the SPARBAR® brand 8 years ago, and the Arnold festival space at NEC Birmingham is a special place since the brand has had its global launch there back in 2015 at the LIW, Leisure Industry Week. The invention of SPARBAR® PRO series that imitates a human sparring partner became a viral sensation during that exhibition.

Fast forward to today and the SPARBAR® brand is well established around the world, and synonymous with the development of highly interactive, intuitive boxing equipment - accessible to everyone, regardless of their ability or fitness level. The SPARBAR® team are very proud and works tirelessly on extensive programs for talent development and the empowerment of underrepresented groups worldwide.

SPARBAR® founder Jasvinder „Jazz“ Gill about the upcoming fitness spectacle: „Our brand is backed by pro athletes and celebrities and we see first hand what kind of motivation the big heroes can provide as role models to the youth. We are excited for the world class celebrity line-up at the Arnold festival, and will bring the SPARBAR® kids and youth talents from the UK for the chance to meet Schwarzenegger, Stallone & Co.“

One of the SPARBAR® youth talents that will be present at the event is Louis "Golden Boy" Brow (@goldenboybrow). With the SPARBAR® blindfolded clip and other eye-catching boxing videos filmed in his homemade outdoor gym “The Dojo” In Yorkshire, England, Louis Brow reaches millions of teenagers, young adolescents and parents.  Louis started his self-taught boxing journey at the age of 9 after discovering motivational videos from hero fighters on YouTube. It was those videos that encouraged him to become a fighter - in the boxing ring and “to get out the most of his life,” as he says.

Genuine SPARBAR® products are available both online and in retail stores worldwide. Go to sparbar.com to purchase your new SPARBAR® equipment or to find a retailer near you. 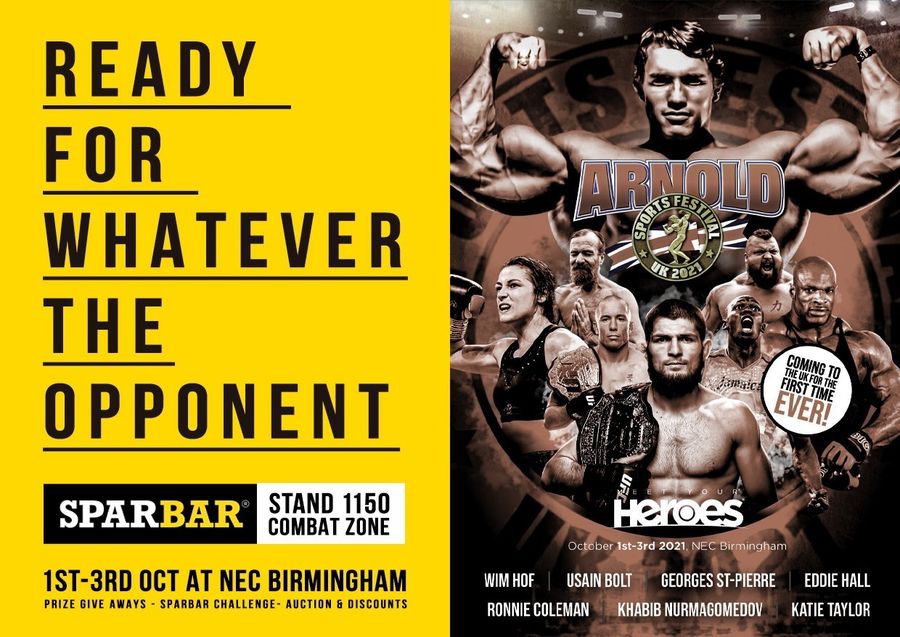