Studio Thom Pfister has succeeded in getting HAGER AG Switzerland on board as a new client. To further develop the visual world of the supplier of solutions and services for electrical installations, TERENCE DU FRESNE was commissioned to create key visuals. The imagery was photographed in selected locations throughout Switzerland. “We were on the job this summer with a helicopter and drone on commission for Studio Thom Pfister and Hager Switzerland. The result are spectacular aerial shots of landscapes, vibrant cities and infrastructure,” the photographer tells GoSee.

The design system, a flowing “energy line with illuminated sections” shows where Hager products are in use, strengthening the claim ‘With Then for You’.

The image campaign with new imagery and concise core messages is placed for both B2B and B2C online and in trade journals. 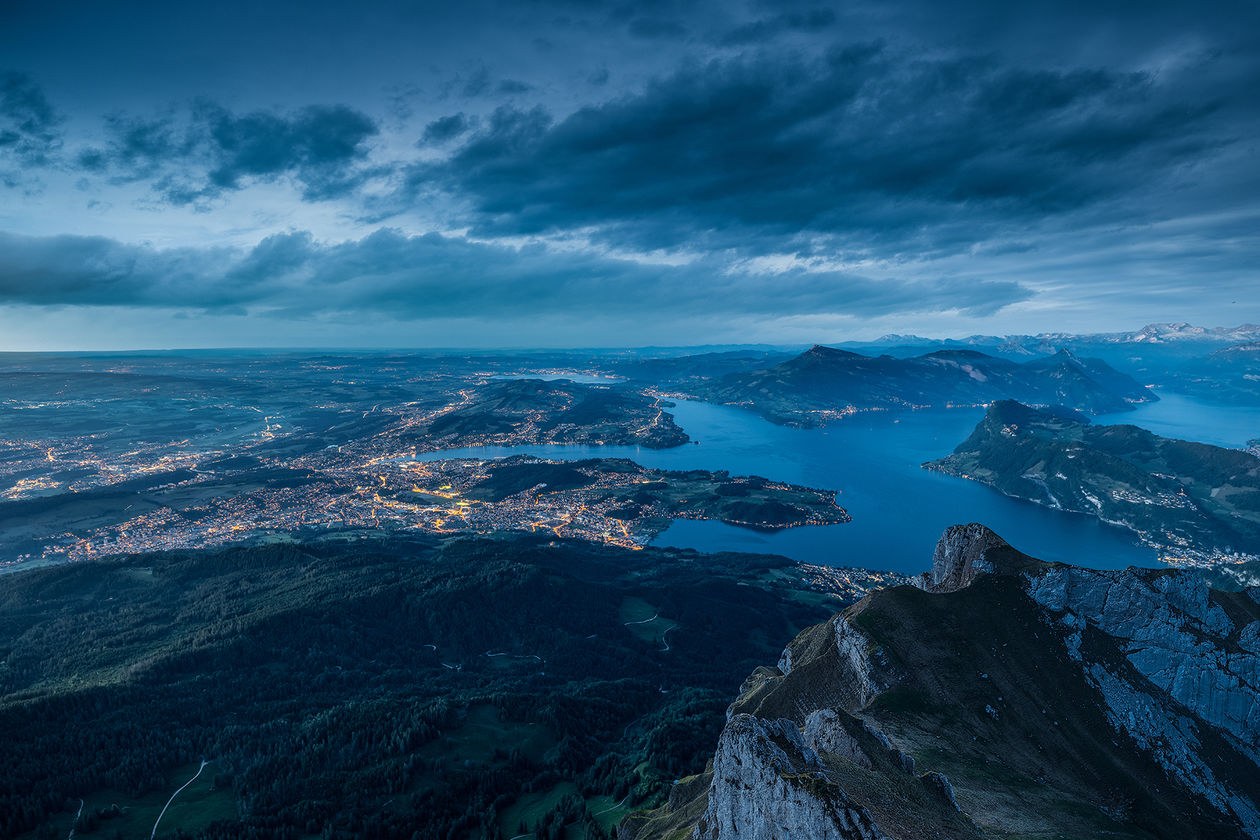 ‘Reclaim the Streets’ : This claim saw the kick off of the campaign for Spotlight’s new exclusive concept store for the streetwear and sneaker community at JELMOLI. Over the last one and a half years, Spotlite in Jelmoli, located on Zurich’s Bahnhofstrasse, has made a name for itself as a go-to destination for streetwear and sneaker heads alike.

The creative vision was illustrated by means of the dynamic movements and connections of three characters – opening up new possibilities, dimensions and perspectives. “New freedoms, new personal space, new ways to unfold, finally back out of the house and onto the street, to gain more space for oneself and inhabit new places, finding one’s own special spot and claiming it, making an appearance for others and seeing how others do so likewise – celebrating life with the like-minded. The protagonists levitate through space (super-slow-motion camera) while they celebrate and share their style,” Thom tells GoSee.

“The phrase ‘Reclaim the Streets’ describes a course of action with the overarching goal of reclaiming the public space by the community. The goal of the opening campaign : creating awareness. Further positioning and establishing Spotlite as the place to be, the ultimate destination, for streetwear in Zurich and beyond. Tell the community about the new Spotlite store and attract fans to Jelmoli.”

As part of the new holistic Jelmoli strategy, the shop has been entirely redesigned and reconstructed. Spotlite is now located on the first floor. With an area of more than 550 square meters, it offers three times more space than before. It’s a spot the sneaker community likes to come to, meet up, hang out and experience itself. The big Spotlite re-opening is on 6 November, 2021.

Here is the POS and shop display film in the Jelmoli Store plus the out-of-home film material before the opening and after.
02.11.2021 show complete article

Studio Thom Pfister is a brand and communication agency from Bern, Switzerland. The book THOM PFISTER SWISS GRAPHIC DESIGN was recently published which we presented you here on GoSee. Following the vernissage in Bern (KLEIN REPORT reported), the compendium was presented last week in Paris.
23.09.2021 show complete article